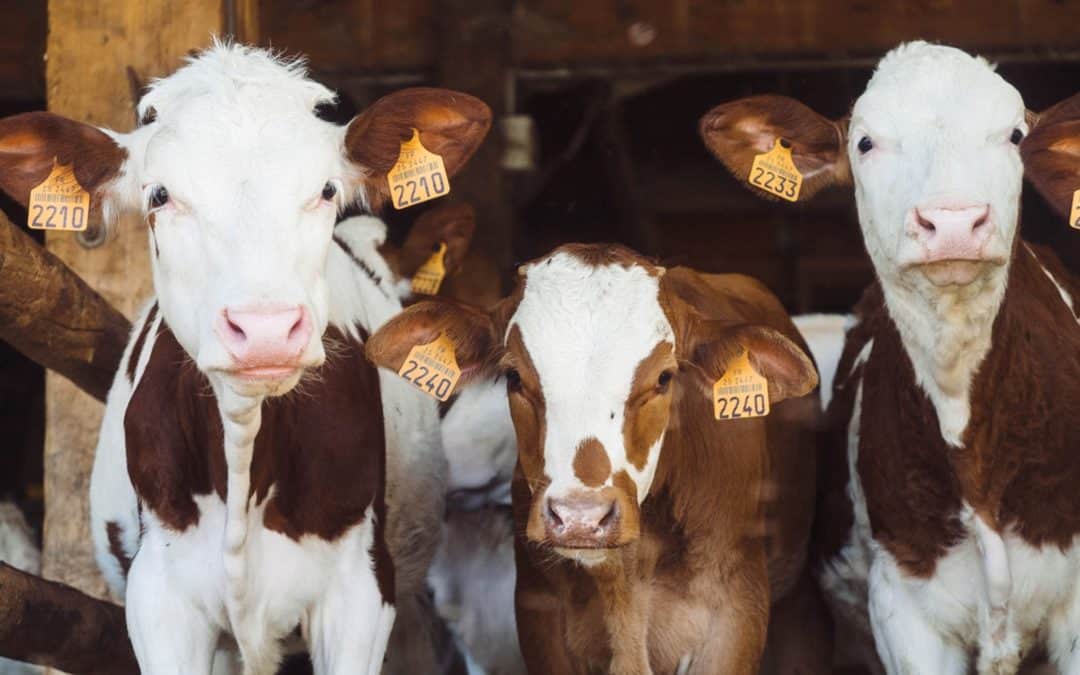 Human health and well-being are intrinsically linked to animal health and welfare. The interconnectedness of both in a healthy environment is the key concept of the One Health policy approach that the European Union (EU) and many governments pursue. The use of antimicrobials is a classic example of this, with many being used for humans also used in farm animals, including the newest classes of drugs. Worldwide, 75% of antimicrobials sold annually are used in farming animals, with a total of 131,000 tons of antimicrobials given to them every year.

Scientific evidence, including from studies by van Middelaar & others, have shown that much of antimicrobial use in livestock is to cover problems that intensive farming systems create. This includes high stock density in limited space, which impairs early detection of sick animals, and use of poor-quality animal feed, namely soybean and corn, which promotes rapid growth but is low in nutrients and often not adequate to the animal’s health requirements. Furthermore, nearly all feed for growing animals is supplemented with antimicrobials in various doses, to compensate the poor diet and conditions in which farm animals live.

Furthermore, World Animal Protection’s latest report reveals the many hidden human health risks that stem from industrial farming, including malnutrition and obesity, disease, unsafe food, and environmental contamination, as well as antimicrobial resistance (AMR). In addition, antimicrobial residuals have been found in rivers, streams and other water sources located near factory farms, contaminating the environment. The relevance to One Health is therefore clear – poor conditions and antimicrobial use in industrial farms are promoting AMR, undermining animal, human and environmental health.

This information obliges the EU and governments to act to reduce use of antimicrobials in animals as soon as possible. The EU’s Farm to Fork strategy sets the target of halving the sales of antimicrobials for farmed animals and aquaculture by 2030. A key part of this is the recently implemented Veterinary Medicines Regulation which puts restriction on veterinary antimicrobials in the EU, particularly, the ban of the routine use of antimicrobials and the restriction of preventative use to exceptional treatments of individual animals. This is welcome, however, to truly stem this threat, Europe needs to set a path to move away from intensive livestock farming systems.

World Animal Protection therefore encourages governments to address the husbandry issues that sit behind the routine use of antimicrobials across groups of animals, to meet FARMS standards and to end growth promotion and group/prophylactic use. We envision a food system where animals are not expose to environmental and physical stressors, and antimicrobials are used individually, for clinically diagnosed sick animals. The Veterinary Medicines Regulation must be implemented uniformly across all countries as soon as possible to make the way for a new, healthier food system that will benefit animals, humans and the environment.