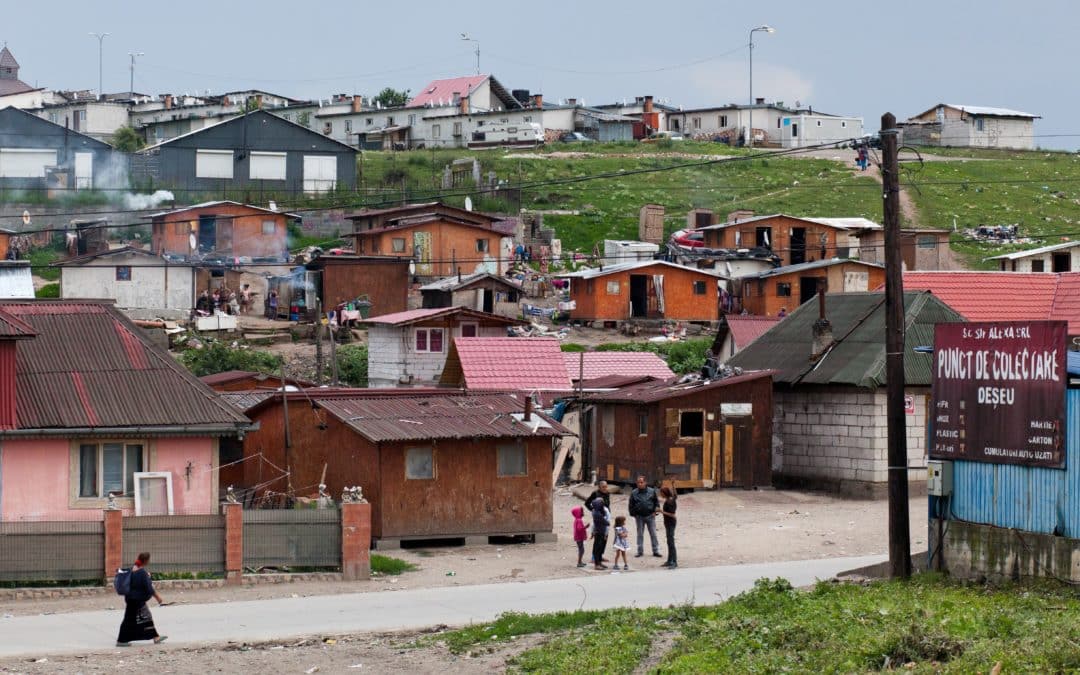 In this sense, the European Roma population usually experience extreme conditions as they live segregated in inadequate housing, and, in comparison to the general population, they are more exposed to environmental determinants that are harmful to health. Several studies from Slovakia and Romania on environmental determinants of health in these communities document shanty towns, exposure to contaminated environments such as factories or dumps, the use of wood for heating or cooking, and less access to drinking water, a sewage system, sanitation services and electricity. Furthermore, research in Hungary and Croatia established findings on “ethnicized poverty” meaning more Roma households live below the poverty line or in households with lower labour intensity than the general population. As a result, Roma populations are at a higher risk of suffering from poor physical and mental health.

Due to these circumstances, in 2011 the European Commission encouraged Member States to develop strategies for social integration based on four crucial spheres: education, employment, health and housing. Regarding housing, the European Union (EU) highlighted “poor housing conditions” as a goal to improve and, in particular, guarantee access to basic services (drinking water, sanitation, electricity and gas). Our investigation evaluated the environmental sensitivity in the NRIS in its four spheres. In the research I conducted, the environmental sensitivity in the 27 NRIS was quantified by means of a deductive content analysis with preconceived codes that were created based on the environmental health inequality indicators and dimensions considered by the WHO. Furthermore, the operational component in housing was analysed by means of an inductive content analysis in nine strategies. They were selected due to their level of environmental sensitivity and the year the countries joined the EU.

We detected environmental determinants in 18 strategic documents. This revealed a geographical pattern according to the year the country joined the EU. As a result, the countries in the south and east of the EU were more sensitive than those to the west. The highlighted themes were: “access to basic services (water and sanitation)”, “energy poverty” and “inadequate housing”. The analysed measures showed that the countries to the west were concerned about guaranteeing the right to housing, while those to the east tried to qualitatively improve the available housing.

Politics of Omission Throughout the EU

The Communication (COM/2011/ 173/4) by the European Commission determines the content in terms of housing of the national strategies of the Member States. Although it is possible to detect mentions of environmental determinants of health in the NRIS, the Member States do not address this issue systematically. Based on theoretical contributions and given the available evidence, these acts of omission, whether intentional or unintentional, indicate a broader politics of omission throughout the EU. Failing to systematically address ethnic or racial-based environmental differences reinforces environmental racism (considered an extension of institutional racism) against the main European ethnic minority. The documents reproduce institutional racism conveyed through a policy of omission of the evident environmental health inequalities among Roma communities.

Environmental conditions among Roma populations are not included in the European agenda, not even for the most affected people, therefore, it is not possible to expect an applicable model for the entire population. As a result, a reduction in (environmental) health inequalities upstream is not expected either, due to the alleviation of environmental determinants of health in Roma communities. Thus, we insist that the strategies should consider environmental justice. Therefore, subsequent strategies should include: