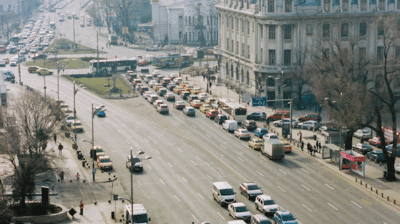 The Romanian Health Observatory has analysed actions aimed at combating air pollution taken by the 15 largest municipalities in Romania in the past two years. Unfortunately, the findings are not very encouraging. As in the previous 2018 edition of our ranking, none of the cities have managed to reach half of the maximum score. The analysis is based on 20 indicators, spread around 5 dimensions using a scientifically validated methodology:

Air pollution kills 29.000 Romanians every year, 15 times more than traffic accidents. Romania ranks 7th in the European Union for premature deaths caused by air pollution. As indicated by CE DELFT recent report for EPHA, Romania has the highest annual social cost per capita caused by air pollution, each Romanian losing €1.810 because of this public health threat. Given this data, combating air pollution should be a top priority for any local government and especially for the ones serving high-density areas. Sadly, this has not been the case in the past years:

Romanian local authorities should embrace their important role in the health of the citizens they serve. Air pollution is a critical public health issue that needs to be addressed. To build a sustainable future, authorities should shift from treating problems to preventing them. The city ranking can be found here.