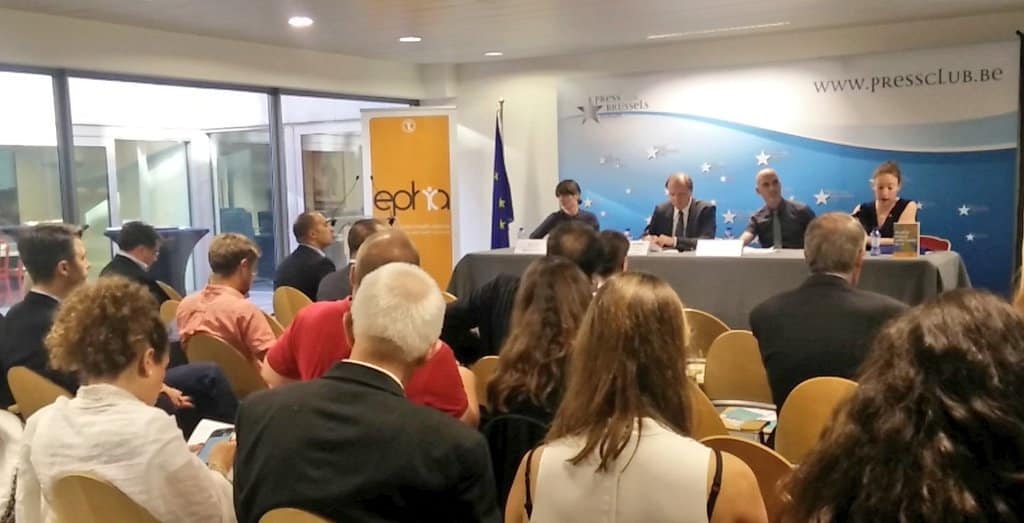 Although consumption of antibiotics appears to be decreasing across Europe overall, public knowledge of antimicrobial resistance (AMR) differs widely between countries. There is still widespread misunderstanding about the crisis and how antibiotics should be used. How do you effectively communicate a complex health threat to society? What aspects capture the imagination and inspire action? These and other questions were discussed at an  event on “Communicating the Challenge of Antimicrobial Resistance” ahead of EPHA’s 2016 Conference aimed at journalists, comunicators and policymakers, organised jointly by The Wellcome Trust and EPHA.

AMR – also known as drug-resistant infections, or ‘superbugs’ – is a communications challenge: the fact that ‘intangible’ microorganisms are involved puzzles a lot of people who mistakenly believe that it is the person who becomes resistant rather than bacteria. That excessive and unnecessary use of antibiotics or other antimicrobials accelerates the emergence of resistance in bacteria only adds to the confusion: many regard drug-resistant infections as an issue to be tackled at healthcare institutional level.

Amy Cox of the Wellcome Trust presented the results of a UK study that shows that for many people, “AMR” doesn’t ring a bell, but the term ‘drug-resistant infections’ is better understood. Even the alarming figures reported in the media – 25,000 annual deaths caused by drug-resistant infections in Europe alone, up to 10 million deaths worldwide every year by 2050, coupled with colossal economic losses – do not do the trick because they are simply too enormous to process. Abstractness and complexity does not speak to our human core, our emotions.

Of course, other areas of health, are also multifaceted. The difference is that ‘cancer’, ‘heart disease’, ‘diabetes’, or ‘AIDS’ trigger personal emotions, experience and empathy; we do not doubt that action, research and funding are justified. Ribbons and other symbols remind us of their severity, and many people participate in fundraising activities, from telethons to sports competitions.

According to Cox, without making drug-resistant infections more direct, personal and relevant, people and politicians will continue to fail to act. A narrative centred on specific, recognisable and familiar ‘superbugs’ (e.g., MRSA) and the illnesses they cause seems to be more effective in helping people understand the issue. Highlighting the risk, for example to routine operations such as hip replacements or c-sections, also brings the message home.

For these reasons, the annual European Antibiotic Awareness Day in November, organized by the European Centre for Disease Prevention and Control (ECDC), does not focus on “AMR” but rather on responsible use of antibiotics to preserve their future effectiveness.

In order to make the threat more relevant and real, the EAAD website includes a compilation of patient stories from across Europe, and it also offers key messages aimed at the general public and prescribers of antibiotics. Dr Monnet, head of AMR at the ECDC stressed that education is the key to knowledge about responsible use of antibiotics, and that it should begin at school.