EPHA, Happy birthday to you! 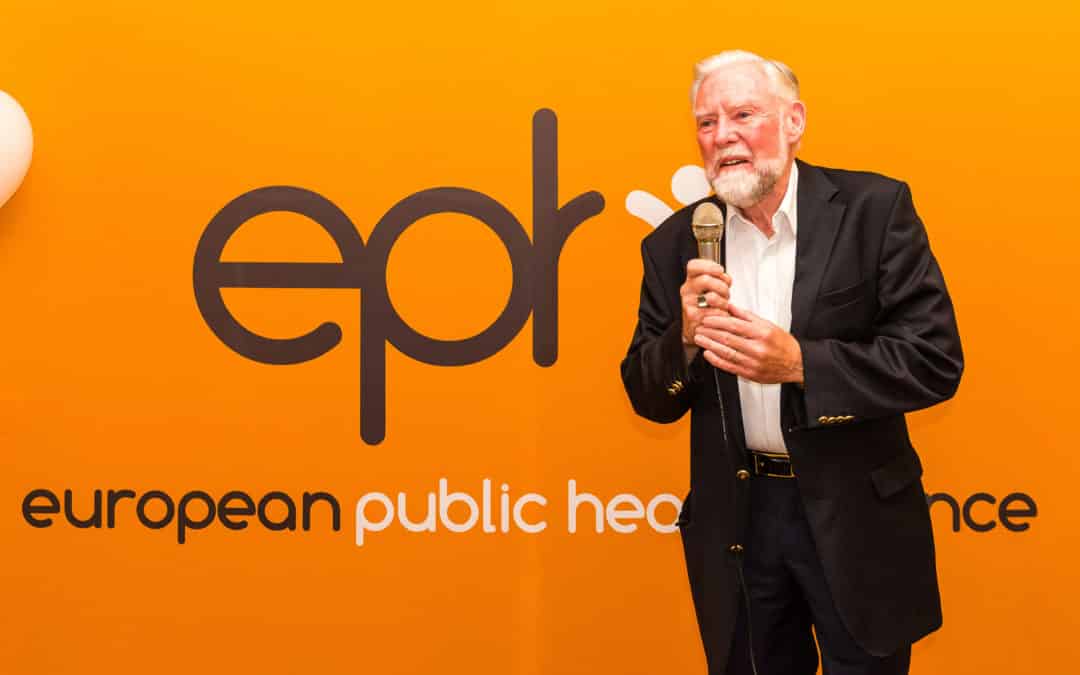 25 years ago this year, a small group of health NGOs – the European Bureau for Action on smoking Prevention, Alzheimer Europe, the Netherlands Consumer Platform; and the UK Public Health Alliance – recognizing the need for coordinated efforts to respond to new legislation giving Europe a greater role in health protection following the development of the single market and the approval of the Maastricht Treaty, met together with the idea to set up a new organisation to coordinate their efforts at European level, which became the European Public Health Alliance. Today EPHA represents over 80 members in 30 countries, including public health NGOs, patient and disease groups and health professionals, reflecting and bringing together different aspects of the public health community in Europe.

The first Chairman of EPHA, Dr Michael Joffe, recounts the early days of the European Public Health Alliance here.   Looking back, however, it is hard not to feel a sense of déja vu as many of the questions and challenges this new organisation faced, it seems to me, we are still facing today. How far should governments or the EU try to influence people’s health through public policy?  What are the right levers to control the determinants which cause poor health, as governments face a concerning increase in the incidence of chronic diseases?  How can we tackle growing health inequalities across Europe? How can we ensure health is seen as an important aspect in the development of policies not normally linked to health, such as agriculture or trade?

New and arguably more urgent challenges have also arisen over the last 25 years.  Therapeutic advances for patients have come with dramatic rises in the costs of medicines across Europe, questioning the sustainability of the healthcare systems on which millions of people depend.  How can we work together to tackle the resurgence of infectious diseases we thought had been consigned to the history books? Perhaps most concerning of all, when will governments and the public realise we are running out of time to tackle antimicrobial resistance, where, because of inappropriate and over-use of antibiotics, standard treatments are becoming ineffective, and life-saving medical procedures are become life-threatening.

However, one challenge identified by Dr Joffe in his account of EPHA’s origins has become our greatest strength – the diversity of our members, the bedrock of our organisation. They have indeed become “a source of richness…enlarging our own concepts of what we might aim to achieve” for public health policy in Europe.  No matter the test, and often in the face of strong opposition, our members have risen to the task to work for better health for all across our continent.

Thanks to them, there is also much to celebrate as we mark EPHA’s silver anniversary.  Amongst some of the countless ways in which people’s health has been improved, we should celebrate for example: Greater regulation of tobacco through packaging, labelling and advertising restrictions, reducing the numbers of deaths from smoking, and the possibility to enjoy smoke-free public spaces, for which we can thank the dogged persistence of organisations like Smoke Free Partnership, the European Respiratory Society and European Cancer Leagues; Governments taking action to curb alcohol harm through initiatives like minimum unit pricing in Scotland, following long and hard-fought campaigns by the public health community, including our friends at SHAAP and Eurocare; and for the first time at the end of 2017, recognition by the European Commission that the EU’s food and agriculture policy should play a better role in ensuring good health and nutrition, thanks in no small measure I would argue, also to EPHA’s long campaigning on the issue.

We know that Europe is at a crossroads and European values, like equity and solidarity, on which EPHA is also based, are being strained as never before.  However, looking back at the battles we’ve fought, the adversities we’ve overcome, and the achievements we’ve won, let’s look these new challenges in the face, and look ahead to the next 25 years with pride and confidence.