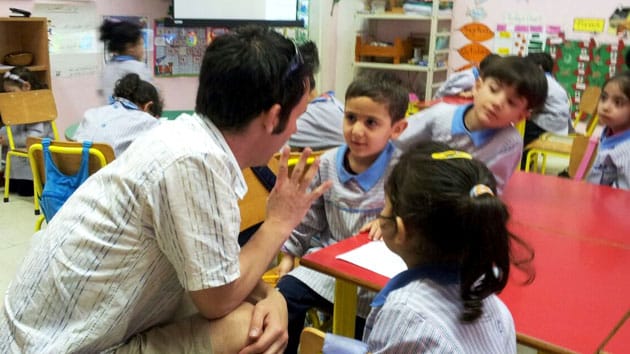 The European Roma Information Office (ERIO) organised a seminar on 24 October that highlighted the important role that local authorities play in putting into action Roma integration measures given they are dealing with real people in dynamic and diverse communities.

As a way to improve the integration of the 10-12 million Roma across Europe, in 2011 the European Commission adopted an EU Framework for National Roma Integration Strategies up to 2020. This resulted in Member State commitments to ensure equality and improve the socio-economic situation of Roma, notably through the formulation National Roma Integration Strategies (NRIS). It is however crucial for national governments to closely involve local authorities in implementing the NRIS.

A number of speakers reported back on the situation in their local areas, including Roger STONE from Yorkshire/England (PES, Rotherham Metropolitan Council) who pointed out that the reality in certain areas is often different from that portrayed at national level. Local authorities are dealing with complex problems related to new arrivals including Roma, which required a big effort – and, importantly, sustained financial support – to ensure appropriate integration measures and respond to their needs. He stated his impression that overall the UK was not really doing much on Roma integration in spite of the national strategies; in the end implementation was left almost entirely to the local leve, which also posed capacity challengesl. Mr Stone is producing a draft Opinion on Roma Integration Strategies for the Commission for Economic and Social Policy that EPHA will provide input into.

Jean-Luc LE DRENN, mayor of Indre (near Nantes) explained that his local authority had become a kind of role model for Roma integration in France which had received media attention since a significant number of Roma families had been successfully inserted into the community, and were interacting with and receiving support from local inhabitants such as help with language training and employment searches. The families were spread over the territory and hence there was no segregation. He cautioned however that this was not at all a common practice in France, where expulsions continued to threaten a longer term perspective for Roma families.

Further perspectives and experienced were shared, amongst others from Belgium (Ostend) and Portugal, both demonstrating that Roma communities and contexts are extremely diverse and that the country context of each place (e.g. relatively newly established communities in Belgium vs. older, rooted communities with Portuguese citizenship) needs to be taken into account when developing tailored integration strategies. Alexandra Castro of the Portuguese Social Security Institute highlighted the central role of intercultural mediation in the implementation of the Portuguese Roma Communities’ Strategy.

Marta PINTO, Policy Officer at ERIO also underlined the importance of projects such as ”Keyroma” – Develop Key Competencies in Social Skiils for Roma Women to Increase their Participation in the Service Sector, which aims at empowering Roma women through employment, especially given that traditional gender roles are often hard to break and many Roma women find themselves stuck at home with children at an early age.