Gastein and EU Health Union: A tale of “Moonshots” and public health Cinderellas? 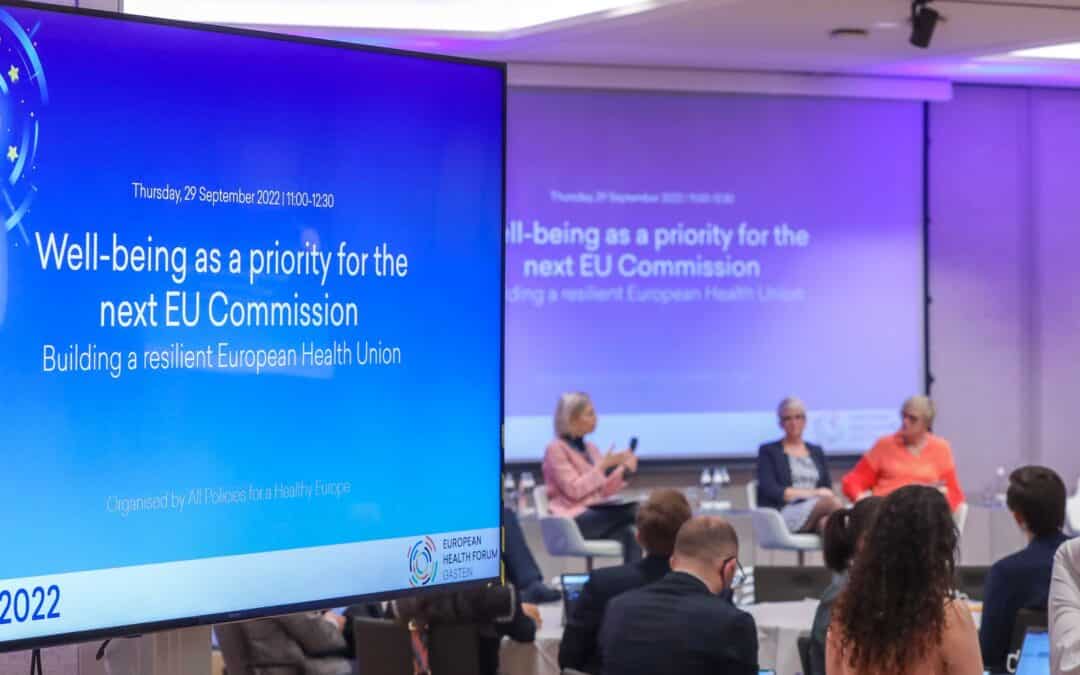 The fresh mountain air of Gastein brought some welcome new thinking and energising discussions on the theme of “A moonshot for a true European Health Union”, but it also highlighted that some key public health topics appeared stuck on the Health Union’s launchpad, like poorer policy Cinderellas.

Where there’s a will, there’s an EU way

I was particularly impressed by the creative ‘out of the bubble’ thinking demonstrated by Sandra Gallina, EU Director-General for Health and Food Safety (DG Santé), in trying to maximise the potential of the EU’s developing global health strategy, even when substantial legal tools and levers may be lacking.

This more visionary global health approach reminded me of the early days of public health at European level in the 1980s, when the first European Community public health programmes were launched before a specific, formal, public health legal competence had been established – which arrived in 1993 with Article 129 of the Treaty of Maastricht. These first European actions on HIV/AIDS and cancer came about because of political will and creative thinking by both European and national policy-makers.

The welcome new EU thinking towards global health could be extended to fill gaps that were highlighted in Gastein concerning wider EU approaches to public health, particularly in addressing areas as health inequalities/health equity and wider disease prevention.

The COVID-19 pandemic demonstrated the interrelationships between communicable and non-communicable diseases (NCDs), as well as health equity/health inequalities. However, recognition of this does not currently seem to be fully translated into the EU Health Union. The Health Union is unfolding with additional EU powers and actions to strengthen health emergency preparedness and responses – including the creation of the new EU health authority ‘HERA’ – but Gastein highlighted concerns that this should not just be a union of ‘pills, white coats and hospital beds’ to treat disease. It should also address the underlying social, economic and commercial determinants of health – which also play a key role in pandemic preparedness too.

The lack of inclusion of wider societal health approaches and substantial civil society participation within HERA were also noted at Gastein, as were concerns about the promised DG Santé reorganisation, which was announced shortly after the Forum ended. While this reorganisation reinforced the focus on medical products, with a Directorate of four units created for this purpose, there appeared to be no similar upgrade for disease prevention and health promotion with one unit identified for this role, and marked as ‘vacant’ at the time of writing.

Back to the Future

In conclusion, while moonshots for global health and healthcare were very evident in the productive discussions at Gastein this year, so too were messages of concern not to treat issues like NCDs, mental health and the wider determinants of health as second-class Cinderellas in the new EU Health Union. There are solutions of course, as the ambitious early days of EU public health demonstrated, it just needs the will.