Health multi-crises: the calm before the storm 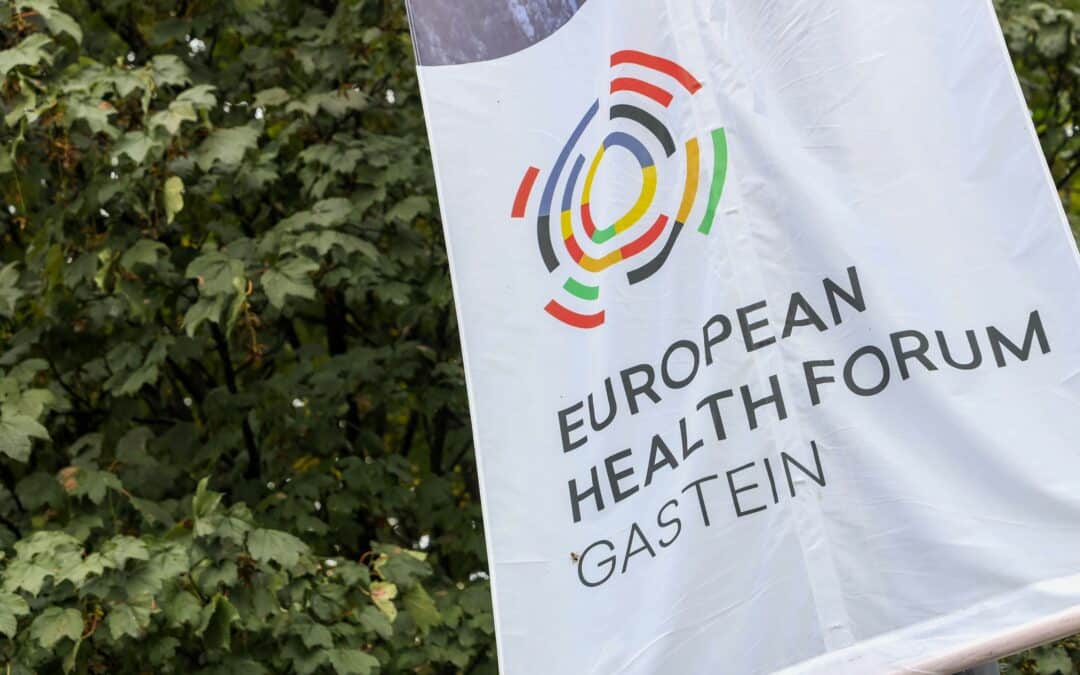 Or can the European Health Union become a place for people, governments and the private sector to support an economy no longer based on GDP growth?

Acutely quiet amidst the perfect storm

We are facing an unprecedented existential crisis, there is no disagreement about it. The perfect storm of pandemic(s), wars, and climate and ecological breakdowns is further honing itself with the growing cost of living, food security concerns, and energy crisis. If common sense had anything to do with it, our response to the transgression of four out of nine planetary boundaries, arguably the root cause of all but wars, would already be past the panic point, and deep into action.

Bizarrely, we choose to keep our eyes shut before the facts that our economic and political systems are still being solely driven by economic growth, which in 2022 we see slowing down more than anticipated; that our health systems, already in a dire need of transformation, are not fit for the challenge; and that inequalities are growing at a catastrophic rate, spelling poverty, hunger and ill health in capital letters. We choose to accept the decline of the core European values, the gaping divide between those observed in its Western and Eastern realms, and the denial of equal human rights to all people living in Europe. Blinded by the daily politics and economic interests, we choose not to see health as the basic human right, and people’s and planet’s health as one. We realise that profit driven economy is the ultimate cause, but we complacently shrug our shoulders, sweeping the issue under the carpet.

We are in pain, but we adamantly refuse to take painkillers, while accepting the false comfort of detox smoothies too readily.

The tipping point towards a systems change

To relieve the agonizing pain, we need a massive change in both our political and economic systems. Our economic system must be based on indices that measure the wellbeing of people and the natural environment. Whether we call it wellbeing, doughnut, or mission economy, it must entail nothing short of a fourth industrial revolution, and transform everything, “from how we build, to what we eat and how we get around”. This requires courageous, strong, progressive policies that will result in political systems change, such that it becomes impossible for the rich to buy the decisions that ignore the interests and health our people and planet.

In the current climate (pun intended), with too many too big interests at stake, and with the far right gaining traction across the continent, it is hard to see such changes happening on their own. The demand for systems change must be activated from the inside of our societies, from our communities, facilitated by progressive politicians, academia and civil society, those who do not fall for detox smoothies.

Thankfully, more often than not, people are far ahead of those who represent them. We see it in the youth climate movements, in protests in support of women’s reproductive rights and the equal rights of the LGBTQ+ communities, in rioting in support of women’s rights in Iran and the Balkans. It is only fair that we stop underestimating people’s readiness and capacity to understand and combat the severe challenges that we face, the extent of which not many previous generations have faced.

Pressed by the existential hurricane of crises, the anticipated “panic point” from the beginning of this piece may stand a chance of taking us close to the social tipping point that could trigger the transformation. Once innovators, early adopters and early majority are on the same wagon and start generating a potent combination of enabling environments, a transition of the indifferent majority into active adopters will take place, forcing, eventually, the laggards among the governments and private sector to jump on the train.

The role of civil society, however, in inspiring and mobilising such change invites for a bit of introspection. We, the civil society, and not limited to health sector, tend to pursue a theory of change too modest to make a difference. We base our strategies on the premises that transforming the system is too much to ask, that the change is too big to fathom, too intimidating, likely to cause tensions rather than lead to desired outcomes. Assuming that people are not ready for big asks, we campaign for minute improvements, hoping that they will eventually add up, delivering the change that we seek.

While we are tiptoeing, the radical right acts ambitiously, proving us wrong and actively changing the system. Determined and bold, they started by knocking on the backdoor a couple of decades back, to now be welcomed with a red carpet in a growing number of EU countries, skilfully influencing policies and politics.

The role of civil society, however, is too critical to drop our guard just yet. We are often the only ones who can identify the real needs of people, also often the only ones who can directly support them, especially the most vulnerable among us. We are the ones who hear and amplify people’s voices. We are the gatekeepers against the growing populist narrative that skews the focus on vulnerable – homeless, (undocumented) migrants, underserved ethnic minorities – presenting their circumstances as a cause rather than a consequence of the issues that mar our societies. And we are the ones who can actually mobilise people in driving the systems change.

We must hence get out of our sectoral siloes and work simultaneously across all areas conducive to health, addressing not only healthcare and health systems, but also food systems, built environments, air and water pollution, global health threats from AMR to climate change, topping it all with equitable innovation and digital transformation.

We must become more ambitious, louder and clearer in our asks, while being critical of ourselves as much as of others. We must take responsibility for the wellbeing of generation of today and of those ahead. We must stop being timid!

The true European Health Union: a revolution, not resolution

It is beyond doubt that the small changes, too small to break the complacency, cannot drive the needed transformation. It is clear that only a systems change, directly confronting the profit-driven destruction of people’s and planetary health, can match the scale of the problem, inspire and mobilise the millions required to generate effective action, and restore the trust in the system, bringing us back to the values that the EU was built on.

With a dash of progressive thinking and political will, the European Health Union (EHU) could take a leading role in this process, be a true and ambitious vehicle of transformation. In parlance romantic, the true, successful EHU would be a harmonious marriage between Political Courage and Economy 2.0, with Social Cohesion as their cherished child.

COVID-19 has taught us that health is a vital long-term investment in society and future prosperity, rather than a discretionary annual expenditure. A true EHU must keep the health and wellbeing of its people at its very core, addressing them ambitiously, across all its policies, by means of all of its competencies, current and upcoming. It must do so not only for its own people. A true EHU must be a global leader in making a difference to people’s and planetary health, as one will not materialise without the other.

While scientists and civil society must up their game in inspiring the mass movements necessary to lead the change, the EU must be the lever for technological disruption and political progress if we are to see the world of zero-carbon, zero loss of nature, zero poverty, and zero pandemics by 2050.

We should know better than sipping detox smoothies.