How does anti-Gypsyism define Roma quality of life? 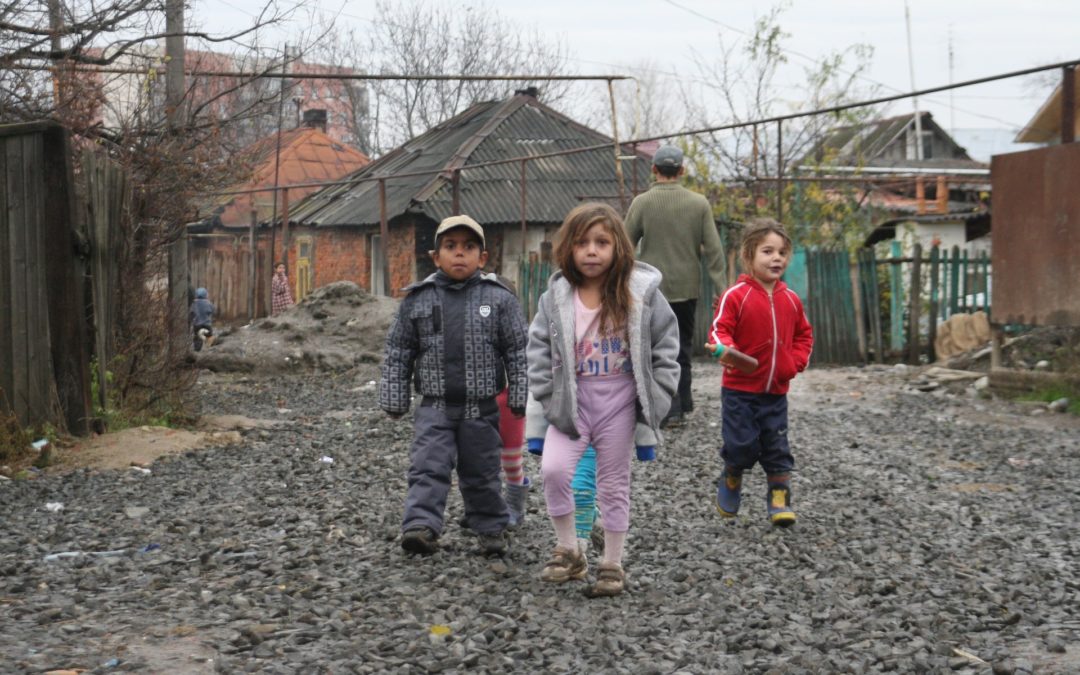 In 1971, at the first Roma Congress in London, 8 April was declared International Roma Day. This event marks the beginning of the Roma civil rights movement, and was a first step towards the recognition of Roma as a fully-fledged people fighting for equal rights and equitable treatment.

The Roma civil rights movement is a milestone for collective memory about the genocide of Roma during the Second World War, and the institutional racism which led to the extermination of an estimated 500, 000 Roma– a figure representing 50 % of Europe’s Roma population before the war. Recognising Roma as a people marked the beginning of a long journey towards acknowledging the racial character of the Roma genocide, which was denied for decades. West Germany only recognised the Roma holocaust in 1982,  and France waited until 2016 to acknowledge “the responsibility of the Republic in the internment of the Nomads”-70 years after the liberation of the internment camps.

Almost fifty years after the First Roma Congress, Roma still struggle to obtain justice and equality. Pushed to segregated areas, to live in isolated, under-developed, and in many cases toxic and polluted zones where they face higher exposure to health risks, environmental burdens, and risk of premature death, Roma are still confronted with anti-Gypsyism in every area of their lives. This specific form of racism leading to notable social inequalities between Roma and non-Roma has become increasingly prevalent following the collapse of Communist regimes in Central and Eastern European countries in 1989, through the period of transition towards democratic models in these countries, and well into contemporary economic and social changes across Europe.

Ethnically segregated schools provide lower quality education and training to Roma pupils and students, decrease opportunities for educational achievement and prevent Roma participation in the social and political life. Roma who do manage to secure an education find themselves confronted with structural racism that puts them at a disadvantage in comparison with non-Roma holding equivalent diplomas, especially when competing for positions of leadership.

The higher rates of unemployment and frequent employment precariousness among Roma are a result of multifaceted, intersectional discrimination, which often goes hand in hand with stigmatization, a negative perception of Roma people because of their ethnicity. This ensures that poverty remains a daily struggle for many Roma families, and limits their ability to afford decent housing, maintain healthy lives, and raise their children in a healthy environment.

Forced evictions and demolitions of Roma homes further contribute to keep Roma locked in a cycle of poverty and social exclusion, epitomized by physical walls which surround many Roma settlements across Europe. These walls delineate the geographical separation between Roma and non-Roma, but also mark unequal levels of public investment, which further feeds social inequalities. Harsh living conditions, lack of clean water and sanitation, poor infrastructure in Roma settlements—these are well-known issues, and they are the results of political choices which do not work towards breaking the cycle of social inequalities.

The current public health emergency has yet again demonstrated how extremely vulnerable Roma are – despite the International conventions and European regulations guaranteeing their human rights. In a recent statement the European Agency for Fundamental Rights and the OSCE Office for Democratic Institutions and Human Rights (ODIHR) underlined the costs of poor investment in Roma communities that leave them highly vulnerable to the pandemic’s health, social and economic effects.

The COVID-19 crisis, while causing major public health and economic issues for all, has also intensified the social exclusion of Roma and their greater vulnerability to poor health. Roma are practically excluded from some measures aiming to protect citizens during the pandemic.

Confinement and social distancing do not work in overpopulated Roma settlements, where the majority of families live in extreme poverty and cannot afford basic hygiene products or even provide food to their children. The food insecurity, loss of livelihood and income plunging Roma into deeper poverty, lack of clean water and sanitation, increasing the health risks for the inhabitants, do not appear to be a priority for national policy-makers.

Moreover, statements from leading politicians linking Roma to the spread of COVID-19, contribute to the perception of Roma as a public threat in times of crisis. Statements made by politicians and policy makers will have a direct impact on how Roma are perceived by others. It will further influence the way public authorities implement Roma-related policies once the public health crisis has ended. In Bulgaria, the anti-Roma concept have gained support from public authorities, leading to a lockdown of entire Roma settlements and the establishment of checkpoints at the entrance to Roma living areas. Slovakia deploys its military forces to quarantine Roma settlements – a measure concerning only Roma neighbourhoods. In this country mass testing for COVID-19 in Roma settlements are widely mediatised, which can also contribute to reinforce stigma and discrimination against these communities.

Such double standards in public health protection pose important questions about the how much basic human rights, such as equal treatment regardless of ethnic and social background, access to quality healthcare including life-saving treatment, and freedom of movement are being respected. The decision of the Hungarian Parliament to give expanded powers to the Hungarian Prime Minister, to handle the health crisis poses similar questions. In this country, where Roma experience high levels of hostility including hate speech and hate-motivated incidents, the protection of Roma rights becomes uncertain.

Learning from the past

For the first time since the WWII, Europe is witnessing large-scale precedents that will contribute to reinforcing institutional racism, the stigmatization of Roma people, and underline the ethnic character of the social, economic and political dimensions attached to that rejection. Europe experienced just such a catastrophe during WWII, which must be a lesson for all today.

We cannot change the past but as we celebrate the International Roma day, we must continue to highlight such human rights abuses, drive out the scourge of racism, and prevent such tragedies from happening again.