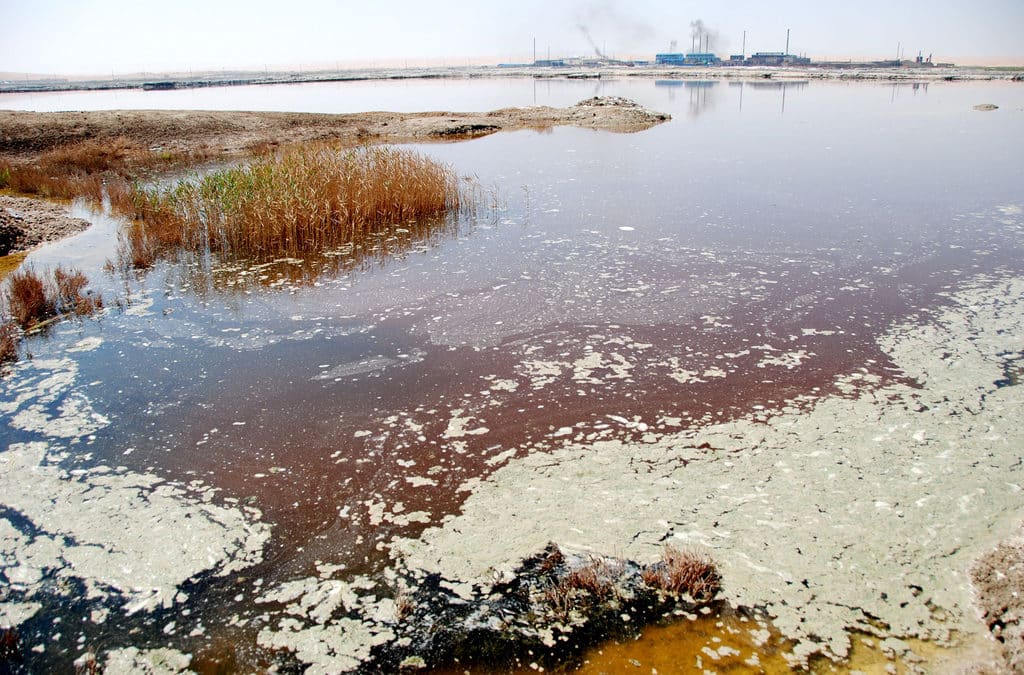 Major investors, the water industry and environmental and public health NGOs representing thousands of EU citizens have today urged the European Commission (EC) to take ambitious action on pharmaceuticals in the environment, in light of the growing threat of Antimicrobial Resistance (AMR) and amid fears of a ‘fatal’ weakening of the EC’s upcoming strategic approach to tackle the issue. At the same time, another letter from Indian NGOs, health professionals and communities affected by pharmaceutical pollution also calls for EU action to address this problem.

The letters highlight the devastating human health and economic risks of AMR, and call for a closing of the gap in EU environmental regulation, which currently does not cover impacts of pharmaceuticals throughout their lifecycle.

The first letter states: “In light of recent media reports (1) indicating a weakening of the European Commission’s resolve to tackle the very serious impacts of pharmaceutical pollution on the environment, we are writing to urge you to ensure that key measures to address these are included in the upcoming strategic approach on pharmaceuticals in the environment (PiE). Active pharmaceutical ingredients (APIs) are currently excluded from EU environmental regulation, which is untenable in light of the risk these pose to the environment and to human and animal health.”

The macro economic implications of the antibiotic resistance crisis are hugely significant. Drug-resistant infections are predicted to cost the world $100 trillion in lost output between now and 2050,(2) which is more than the current global economy. The WHO estimates that in the EU alone, the issue is costing more than $1.5 billion in healthcare expenses and productivity losses.(3) Sasja Beslik, Head of Group Sustainable Finance at Nordea, an investor with over €300 billion in assets under management, said: “We have to change this together, millions of people are impacted.”

Abigail Herron, Global Head of Responsible Investment at Aviva Investors, said: “From the farm to pharma, from livestock to life sciences, complacency in the stewardship of our irreplaceable antibiotics has led to dangerously high levels of antimicrobial resistance that risks wiping $100 trillion off potential global output by 2050. We strongly urge policy makers and companies to work together to address polluting practices throughout their supply chains.”

Nina Renshaw, Secretary-General of the European Public Health Alliance, said: “If AMR were one disease that threatened to kill hundreds of thousands of people in Europe in 20 years’ time, our political leaders would be leaving no stone unturned to make sure that didn’t happen. As Lord Jim O’Neill has recently made clear, the pharmaceutical industry’s voluntary approaches are not delivering solutions. It is absolutely vital that our politicians act quickly and effectively to clean up drug supply chains and decisively stop this cause of AMR at the local level, which threatens to become a global health catastrophe.”

The second letter, signed by 80 Indian public health professionals, consumer rights groups and residents affected by pollution from pharmaceutical manufacturing, draws attention to the impact of pharmaceutical pollution on the health and livelihoods of communities in India, and demands that the European Union take responsibility for the consequences of irresponsible production of pharmaceuticals in third countries.

Shweta Narayan of Community Environmental Monitoring, a program that provides support to pollution impacted communities in India, said: “India is one of the world’s largest manufacturers of pharmaceuticals and the EU one of its key export markets. Indian and multinational drug companies operate here because of cheap labour and lax implementation of environmental laws. The communities affected by pollution have already tried national legal avenues and won several landmark court cases, but this has not led to an improvement in the situation on the ground. This is why the EU cannot turn a blind eye to this problem.”

The letters, sent to President Juncker, VP Timmermans, VP Katainen and Commissioners Vella (Environment), Andriukaitis (Health), Malmström (Trade) and Bienkowska (Industry), call for the inclusion of environmental criteria in the Good Manufacturing Practices (GMP) framework. This would oblige pharmaceutical companies supplying the European market to tackle polluting practices throughout their supply chains, including in third countries such as India.

The European Commission’s strategic approach to pharmaceuticals in the environment (PiE) is already three years overdue, having originally been due for publication in 2015. Oliver Loebel, Secretary General of EurEau concluded: “We need a holistic strategy, addressing the whole life-cycle of pharmaceuticals, to be adopted now. The competent services of DG ENV did all the necessary work so we do not understand where the blockage is.”

The letter and press statement from Indian NGOs, healthcare professionals and local residents can be viewed here.