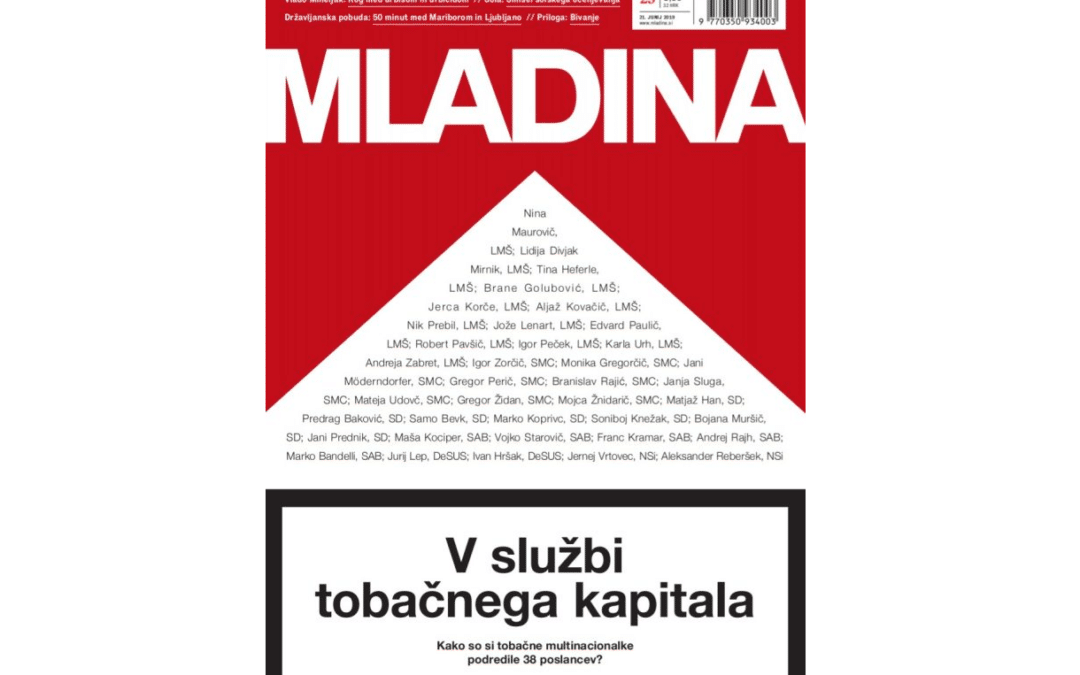 About: Plain packaging – an evidence-based policy in support of people’s health

In light of the recent discussions in the Parliament of Slovenia about the desirability of plain packaging of tobacco products, the European Public Health Alliance (EPHA) and Slovenian Coalition for Public Health, Environment and Tobacco Control would like to bring to your attention a well-established body of evidence that supports the effectiveness of this measure.

While many factors influence tobacco use, studies have shown that tobacco industry advertising and promotion, including packaging (format, colours and logos), stand out as a prominent factor in encouraging smoking. Evidence has shown that the implementation of plain packaging, which strips cigarette packs of all branding elements, reduces smoking prevalence, increases thoughts about quitting and calls to quit lines, reduces brand awareness, attractiveness and appeal of the package, and increases the effectiveness of health warnings among adolescents.[1]

Despite claims of the opposite, the implementation of plain packaging does not impact illicit trade, and plain packaging has been successfully implemented and legally upheld in multiple countries across the European Union. Stirring concerns about increases in illicit tobacco trade and the negative repercussions for business and sales, is a well-known tactic adopted by the tobacco industry to derail efforts by governments to implement plain packaging.[2] The evidence they put forward in support of such claims is often commissioned by the industry itself, lacking in transparency, and of poor quality.[3]

Smoking is widespread in Slovenia, where almost one quarter (24%) of the adult population smokes. Moreover, many smokers start at a young age, with up to 18% of Slovenian teenagers reporting that they first began smoking at age 13 or younger. The high rates of smoking have serious health consequences for Slovenia’s citizens – it is projected that roughly half of the 427 000 current smokers will die prematurely from causes attributable to tobacco.[5]

Estimated costs associated with smoking reveals that treatment costs of diseases due to the active and passive smoking (second-hand smoke), costs of productivity losses and costs due to premature deaths in Slovenia amount totally 5 % of GDP, which means more than 2 billion EUR annually.

With these considerations in mind, we urge you to promote upholding the implementation of plain packaging which is scheduled to go into effect on 1st of January 2020 in Slovenia.

[3] Evans-Reeves et al. (2015) It will harm business and increase illicit trade’: an evaluation of the relevance, quality and transparency of evidence submitted by transnational tobacco companies to the UK consultation on standardised packaging 2012. Tobacco Control