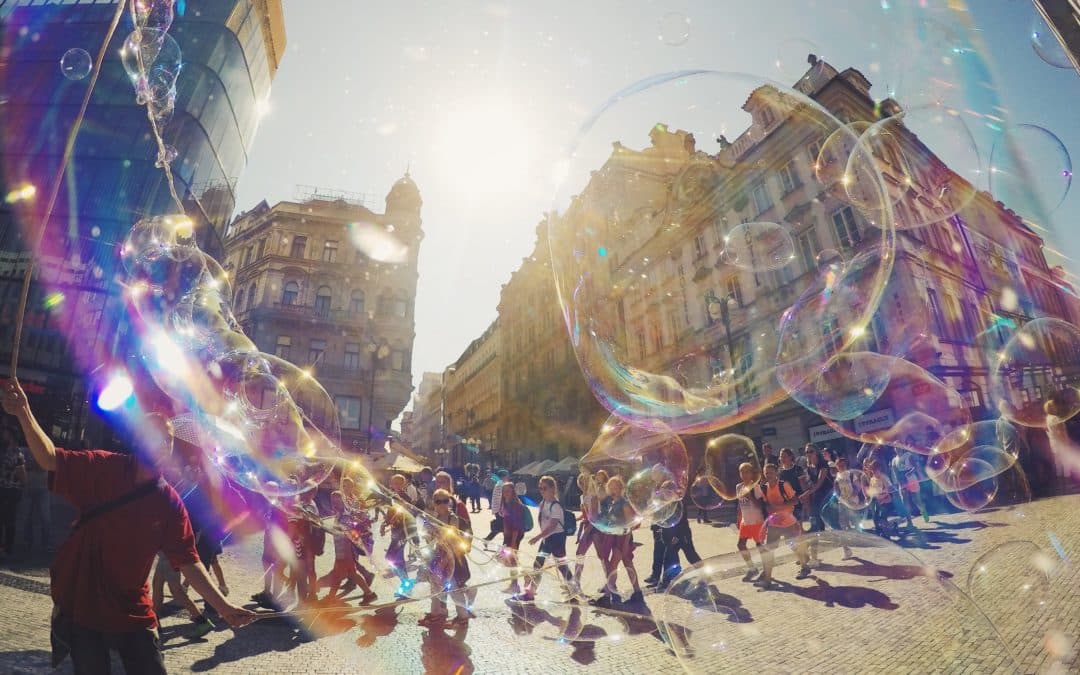 A new EU strategic framework for the prevention of non-communicable diseases (NCDs) is needed to put the brakes on the chronic diseases epidemic. 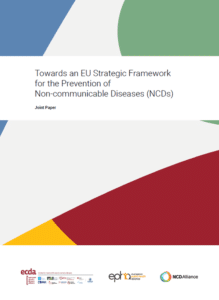 With epidemic levels of NCDs undermining people’s well-being, healthcare systems, and Europe’s economic and social prosperity, preventing chronic diseases should be a main priority for the European Commission.

A joint paper by the European Chronic Disease Alliance (ECDA), the European Public Health Alliance (EPHA) and the NCD Alliance calls for the creation of an EU Strategic Framework for the Prevention of NCDs towards 2030.

The paper proposes principles, priorities and actions for such an EU strategic framework, setting out a roadmap for policy-makers to make change happen.

Few issues are as close to people as their health. There is no doubt that the EU has the legal power to act to prevent non-communicable diseases, the 21st century’s foremost health threat. This paper presents the incoming European Commission with concrete ways to make change happen to promote people’s health and well-being. We hope they will have the courage to take action.

“Disease prevention is a fundamental component of sustainable development, economic growth and a healthy society. As we are entering a new cycle of EU political leadership, an EU Strategic Framework for NCD Prevention would guide and articulate existing and future initiatives in the field, while being an additional concrete example of the EU added value in health”

The International Youth Health Organization fully supports a strategic framework approach to prevent NCDs. We believe that the only way to curb the effects of these diseases is to start addressing them early in life- in adolescence and even sooner.

We have found that building prevention measures together with young people not only proves more successful in preventing NCDs, but also secures an important resource for future work. It is truly great to see the plethora of different approaches proposed in this document and we invite all to meaningfully involve young people in translating them to reality.

Why an EU Strategic Framework for the Prevention of NCDs?

NCDs are the 21st century’s foremost health threat. Over 85% of all deaths and 75% of all diseases in Europe are attributable to NCDs.

The right to health is a fundamental right of every human being. Health and social security are the second most important national concerns across Europe, according to recent EU surveys.

Today, approximately one third of the EU population aged 15 and over, and nearly a quarter of the working age population lives with a chronic disease.

€700 billion is spent on treating NCDs in the EU annually.

More than half a million people under the age of 65 die of NCDs in the EU each year.

Premature mortality from NCDs results in a loss of €115 billion per year to the economy, or 0.8% of EU GDP.

While progress is made on reducing premature mortality from NCDs, longer lives do not necessarily translate into healthy lives. On average, women in the EU spend almost a quarter (23%) of their lives in ill-health; for men this figure is almost a fifth (19%).

Work-related annual direct costs of NCDs to the European economy add up to €610 billion per year, including costs to employers, lost economic output and costs to social welfare systems.

Many chronic diseases are to a considerable degree preventable. It is estimated that at least 80% of all heart disease, stroke and diabetes, and 40% of cancer could be prevented.

Public health prevention policies are a high-yielding public investment. The median rate of return on investment for public health interventions is 1 to 14, meaning that every Euro invested in public health gives an average return of €14 to the economy.

Over 1.8 million lives of people between the ages of 30 and 70 could be saved in the EU by 2025 if only the World Health Organization ‘best buys’ for NCD prevention are implemented.

The EU’s main aims are to promote “peace”, “its values” and “the well-being of its peoples”. The EU has wide soft law powers to act for health promotion, a duty to mainstream health in all policies and extensive powers to ensure the functioning of the internal market based on a high level of human health protection.