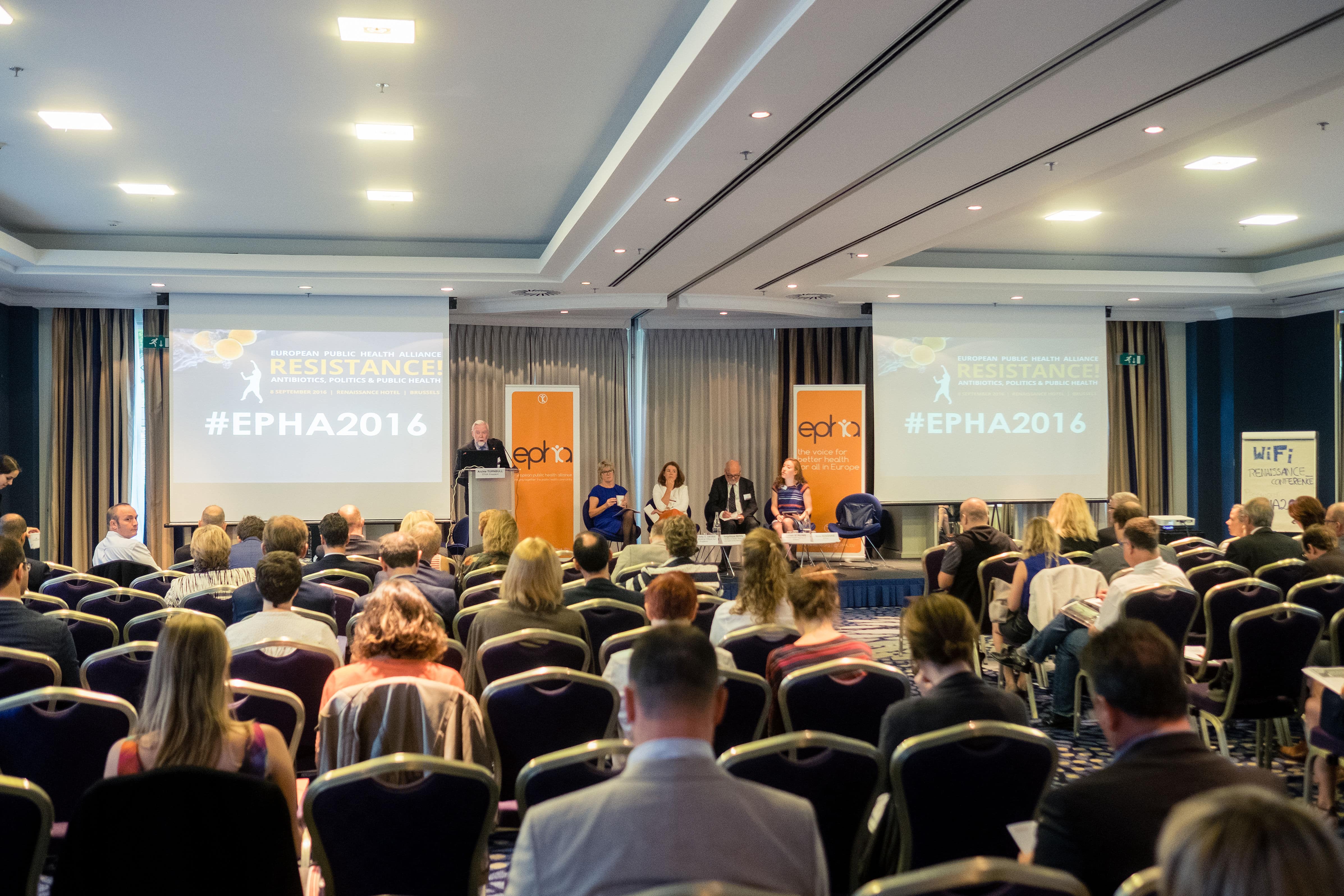 Brussels, 09/09/2016. The European Commission has been called on by Professor Dame Sally Davies, Chief Medical Officer for England and EPHA leadership to respond without delay to the threat of a post-antibiotic era.

Their calls were echoed by the public health community, consumer and environmental groups, representatives of the pharmaceutical industry and health professionals including infection control specialists, nurses and pharmacists, at a conference titled RESISTANCE!, Antibiotics, politics and public health hosted by the European Public Health Alliance (EPHA)..  Archie Turnbull, EPHA President, defined antimicrobial resistance as “the biggest health threat of the 21st century”.

2016 is a crucial year in the fight against drug-resistance in bacteria, following the release of the AMR Review by Lord Jim O’Neill for the UK Prime Minister and European Council Conclusions under the Dutch Presidency and discussions at the recent G20 forum in China. AMR will be the topic of a Heads of State and Government meeting on 21st September convened by the UN Secretary-General in New York.

However, the European Commission’s own AMR action plan is due to expire in 2 months and was branded by Commission Director-General for Health Xavier Prats-Monné as “not commensurate with the scale of the problem” at the conference.

The Commission’s political will does not match DG Sante’s prioritisation of AMR, implied Xavier Prats-Monné. EU Health Commissioner Dr Vytenis Andriukaitis calls AMR a major priority. Prats-Monné explained that lack of commitment outside his DG is the main obstacle to an action plan on AMR for 2017, which “could be presented shortly.”.

Although he praised the European Council Conclusions and mentioned the EU as being way ahead of the world regarding measures against AMR, Dr Marc Sprenger, Director, Antimicrobial Resistance Secretariat, WHO expressed the wish to see “Europe being willing to set concrete targets”.

In her closing conclusions of the conference, EPHA Secretary-General Nina Renshaw summed up the participants’ call for the Juncker Commission to convert the current momentum, awareness and consensus into commitments and action, including mandatory targets for the prudent use of antibiotics, an increase of European funding and a beefed up  mandate and resources for the European Centre for Disease Prevention and Control (ECDC) and called for Europe to go on a diplomatic offensive, undertaking AMR diplomacy towards G20, G7 and the UN.