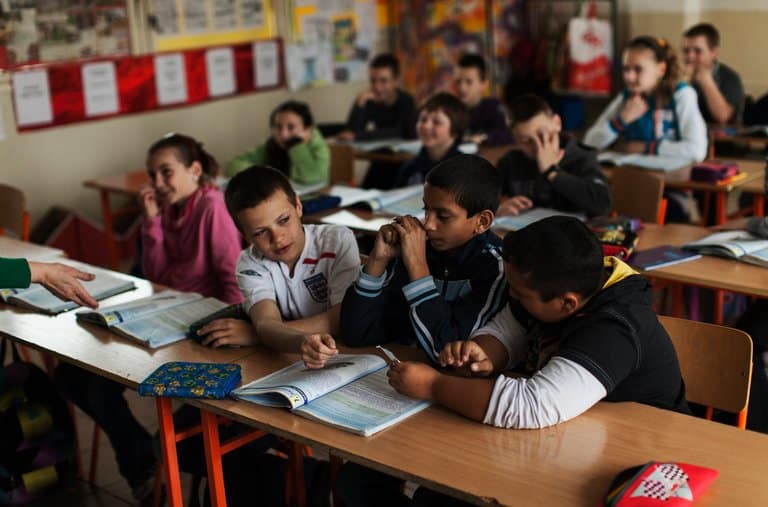 According to the EU founding treaty, ensuring human health and promoting solidarity towards equitable and universal coverage of quality health services should be part of all EU policies. That health should be a priority for EU policies is also confirmed by the Europe 2020 Strategy, which states that a healthy population is essential for achieving growth for all in a smart, sustainable and inclusive EU economy. But what are the challenges of making health a priority at national level in the context of achieving better inclusion of Roma communities?

In Romania, health has been a priority for Roma inclusion policies since 2001, when a National Strategy for Roma Inclusion was adopted for the first time. Health also remains a priority in the new Strategy for Inclusion of Roma 2015-2020 adopted in January 2015.

As can be seen from the budget allocation for the National Strategy, Roma inclusion may be achieved with the support of EU money, and indeed it accounts for a big proportion of the funds. However, by relying on EU funds the government effectively displays a lack of commitment regarding Roma inclusion, although correct implementation and good absorption of EU funds may nonetheless pave the way for improvements, including better health and healthier lifestyles.

The next EU budget allocation is over €80 billion (in current prices) which will go towards investment in human capital in the fields of employment, education, and social inclusion, including access to healthcare and health promotion via the European Social Fund (ESF). In this context there are a lot of opportunities for increasing access to public health services for Roma.

However, the question remains whether the Romanian authorities have learned anything from the previous programming period. Health was as much a priority during the previous programming period as it is for the current one, and yet the health of the Roma population is even worse than before EU accession. One explanation may be a lack of coordination between those who were responsible for elaborating the programming documents (including financial guidelines) and those who were working on the Strategy for Roma Inclusion. Although the Strategy contains specific objectives and indicators, as well as measures for improving access to public services, unfortunately there are no specific axes, major areas of intervention (as they are called in the financial guidelines) or specific indicators for health in the framework of the Operational Program for Human Resource Development (POR).Health is rather seen as a transversal priority and, following this logic, it is seen to be determined by socio-economic factors. Therefore, it is not necessary to include distinctive indicators. However, it is difficult to evaluate health without having any specific indicators in the documents, which are creating the framework for financial proposals. As a consequence, it is no surprise that very few proposals that included health objectives were submitted for financial support.

As regards the POR, there was consistent investment in hospitals, but this is not necessarily contributing to increasing access to public services for vulnerable Roma populations. In some parts of Romania there are renovated hospitals with new medical equipment, but there are no doctors to take up the positions.

For the new programming period, the renamed ‘Human Capital Operational Program’ (HCOP) still does not feature distinctive aspects related to health. There is however a new programme – ‘Community-led Local Development’ (CLLD) – in the framework of which strategies may be submitted, including proposals in an integrated manner by the local authorities. These strategies may be financed from HCOP (if there are projects pertaining to health services) and from the Regional Development Program (if there are projects on investment and equipment).

Nonetheless, it is necessary to include specific indicators on health in the guidelines for CLLD and the financial guidelines of HCOP. They should cover the following areas :
– Ensuring access to primary healthcare services by reinforcing the network of professionals (general practitioners, health visitors, etc.)
– Employing Roma health mediators in the communities
– Raising health awareness by organising information campaigns, education and counselling, especially on reproductive health and family planning
– Focusing on women and children

Making these adjustments will certainly generate proposals with objectives to tackle the disparities between Roma and other Romanians in accessing public health services. As a result, the health status of the Roma population will become much better than it is now.