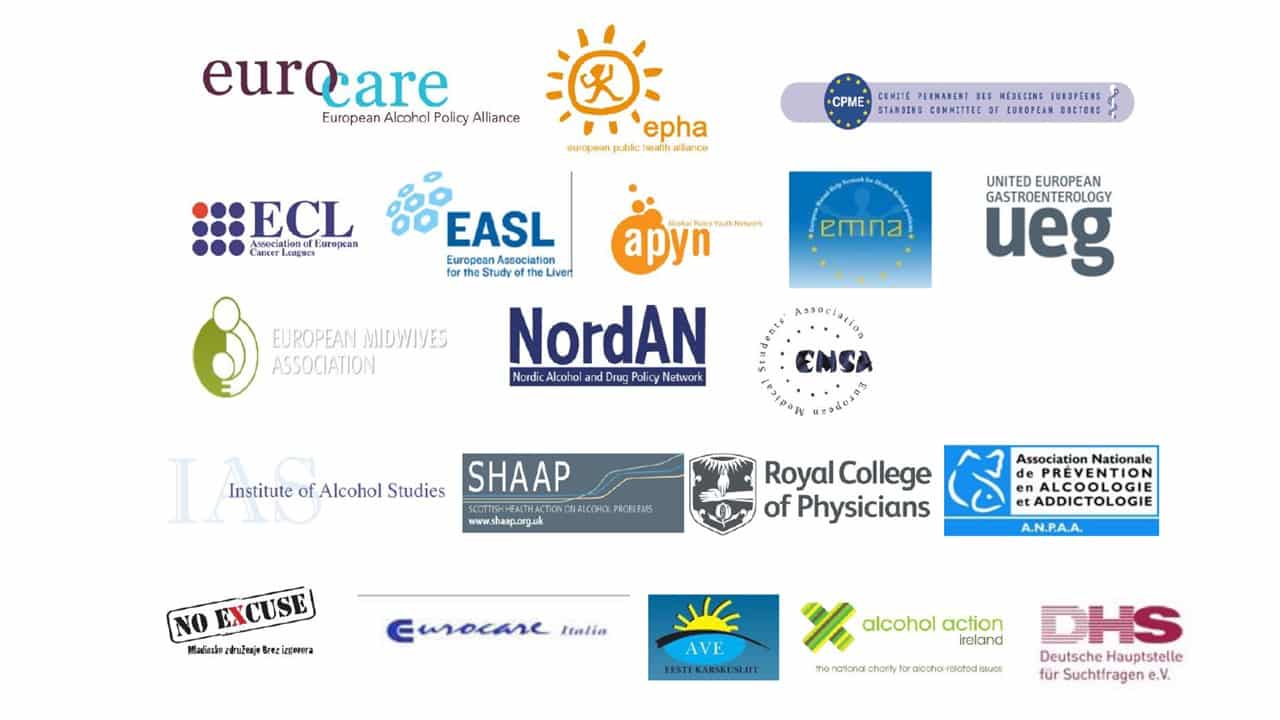 2nd June – Public Health NGOs have today resigned from the EU Alcohol and Health Forum, following the announcement by Commissioner Andriukaitis that he has no plans to establish a new EU Alcohol Strategy . The Commissioner’s decision goes against demands from Member States and the European Parliament for a new comprehensive Strategy to tackle alcohol harm in Europe.

Signatories to the letter outline their “deep concerns” about the neglect of public health and the prioritisation of alcohol industry interests. These include:

“The Commissioner himself stated drinking behaviours in Europe are good for the Alcohol Industry but not good for Health. Eurocare represents 58 organisations in 25 countries and we deeply regret the Commission’s decision not to establish a new EU Alcohol Strategy. This flies in the face of persistent demands from Member States, the European Parliament and NGOs. The EU is the heaviest drinking region in the world and with 120,000 premature deaths related to alcohol each year, we absolutely must have a comprehensive strategy to tackle alcohol harm.”

“This is a sad day for those who care about health in Europe. The Commission’s prioritisation of alcohol industry interests over public health has been laid bare. Many NGOs have participated actively and in good faith in the EU Alcohol and Health Forum, in the hope of making progress and reducing alcohol harm. However, with no evidence to indicate the Forum has achieved any meaningful results, and no promise of a new Alcohol Strategy, we see no alternative to walking away from this failing organization.”

“The alcohol industry must have raised a few glasses to DG SANTE after their admission at the last Forum meeting that they don’t even aim to improve health. The Commission has finally admitted what the health community has long suspected – that they have abandoned alcohol policy altogether. The Forum has proved worse than useless, a free PR front for the industry. The Commission even endorses the industry introducing drinking culture to young kids by promoting “responsible” drinking in primary schools. The health community had to call time on this charade.”

Facts and figures about alcohol in Europe