Stepping it up: how to complement EPHA’s EU advocacy at national level 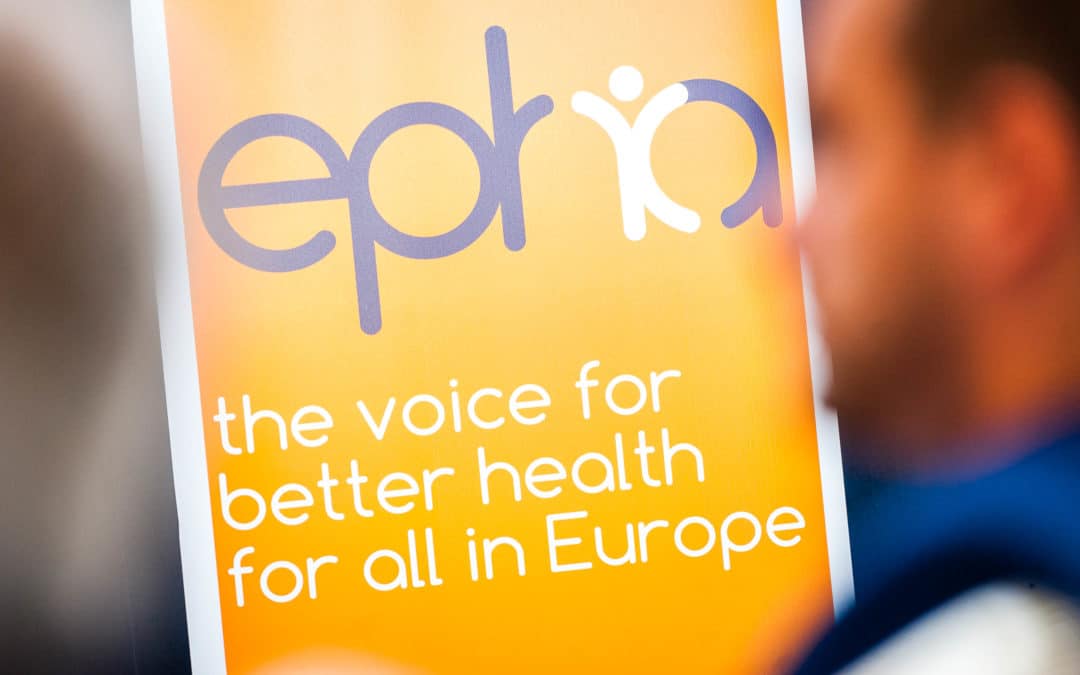 Hosted by Interim Secretary General Sascha Marschang, EPHA organised a capacity building workshop for national members not normally in a position to travel to Brussels to attend EPHA’s bi-monthly Policy Coordination Meetings and its Working Groups on key thematic priorities. Most
of the participants were from Eastern and Southern European countries, as well as a participant from the WHO European Region.

The purpose of the workshop was to present examples of policy areas where creating better synergies between the European and national level is vital, and to engage members in EPHA’s ongoing advocacy activities in key thematic priority areas. The workshop covered both advocacy
and communications practices and tools to equip members to support this effort.

The workshop was grouped into four sessions, each included an interactive element, with members discussing the problematic and brainstorming potential solutions and actions among themselves. The sessions covered EPHA’s work in the area of NCD prevention including healthy food and drink environments, led by Nikolai Pushkarev; EPHA’s work stream Universal access to affordable medicines, moderated by policy lead Yannis Natsis; Clean Air, led by Zoltan Massay-Kosubek.

The proposals developed by members will be used in 2019 to inform the EPHA Board’s discussion about the next Strategic Plan and to make recommendations on how EPHA’s impact at national/regional level could be increased.

Members worked together to create a set of suggestions and ideas on how to continuously advance EPHA-members cooperation on different topics.