In a joint open letter, civil society organisations ask for a clear, renewed commitment from the Commission to stand by the timeline for the FSFS referred to in the Farm to Fork Strategy, and to meet its stated level of ambition in its final proposal.

We, the undersigned civil society organisations, are writing to throw our full support behind this Commission’s core commitment to laying the foundations of an EU food system transition to sustainability. We urge you to remain strong in the face of growing (geo)political pressures and attacks on the Farm to Fork Strategy, and to come forward with the legislative framework for Sustainable Food Systems (FSFS), the Strategy’s flagship initiative, as planned for 2023.

With good reason, your annual State of the Union speech focussed on the support and solidarity the EU must show to the people of Ukraine during these terrible times, and on the future of the European project as it adapts to the changing international context. Outside Ukraine, the dire consequences that the conflict continues to have on people’s lives and livelihoods, as well as on trade and our economies, will require decisive actions from public authorities, first and foremost at the EU level. However, we were very surprised and concerned to notice that neither food nor agriculture found much space in the vision for Europe you presented.

In October, the Commission will adopt its work programme for 2023. We call upon you to ensure that the FSFS features prominently on the list of initiatives announced for next year, which will also be the last one before the European elections in 2024. Indeed, the FSFS is fully in line with – and a central piece of – the agenda for a “Europe that leads the transition to a healthy planet” which you outlined at the beginning of your mandate.

Failing to prioritise food systems would mean failing the Green Deal and a huge waste of public resources to bring it about. It would also mean failing to deliver on the mandate received from the European Parliament and Council, and therefore failing EU citizens, in particular younger and future generations. Faced with rising energy bills and food prices, many Europeans are now concerned about making ends meet. Yet, they continue to worry about climate and the environment and putting healthy and sustainable food on their tables. This emerged clearly from the open public consultation on the FSFS, which found an overwhelming majority (91%) of citizen-respondents (accounting for 77% of all 2,670 replies) agreeing that the EU food system must become more sustainable.

The EU food system’s dependence on fossil fuels, imported fertilisers and animal feed, imbalanced market powers, excessive commodity speculation as well as unsustainable and unhealthy diets are what is driving food prices up. As vividly shown by this past summer, with its series of extreme weather events destroying crops and impacting farmers’ livelihoods, the climate crisis is already affecting food security in the EU. Ecosystems are pushed towards tipping points by years of excessive use of chemical and pharmaceutical inputs and extractive practices, and are therefore no longer able to sustain production levels. At the same time, our society copes with high levels of diet-related diseases, driven by obesogenic food environments, which cause suffering and undermine public budgets and healthcare systems. The FSFS can bring long-term solutions to these complex and intertwined challenges.

The FSFS is not about imposing undue burdens on actors in the food supply chain. Rather, it will set out a clear vision to transition to a fair, healthy, just and environmentally friendly EU food system that supports the realisation of the Sustainable Development Goals. Pausing or postponing this initiative would be utterly misguided and short-sighted. Far from mitigating the threat of food insecurity, it would only compound the problem.

We therefore ask for a clear, renewed commitment from the Commission to stand by the timeline for the FSFS referred to in the Farm to Fork Strategy, and to meet its stated level of ambition in its final proposal. 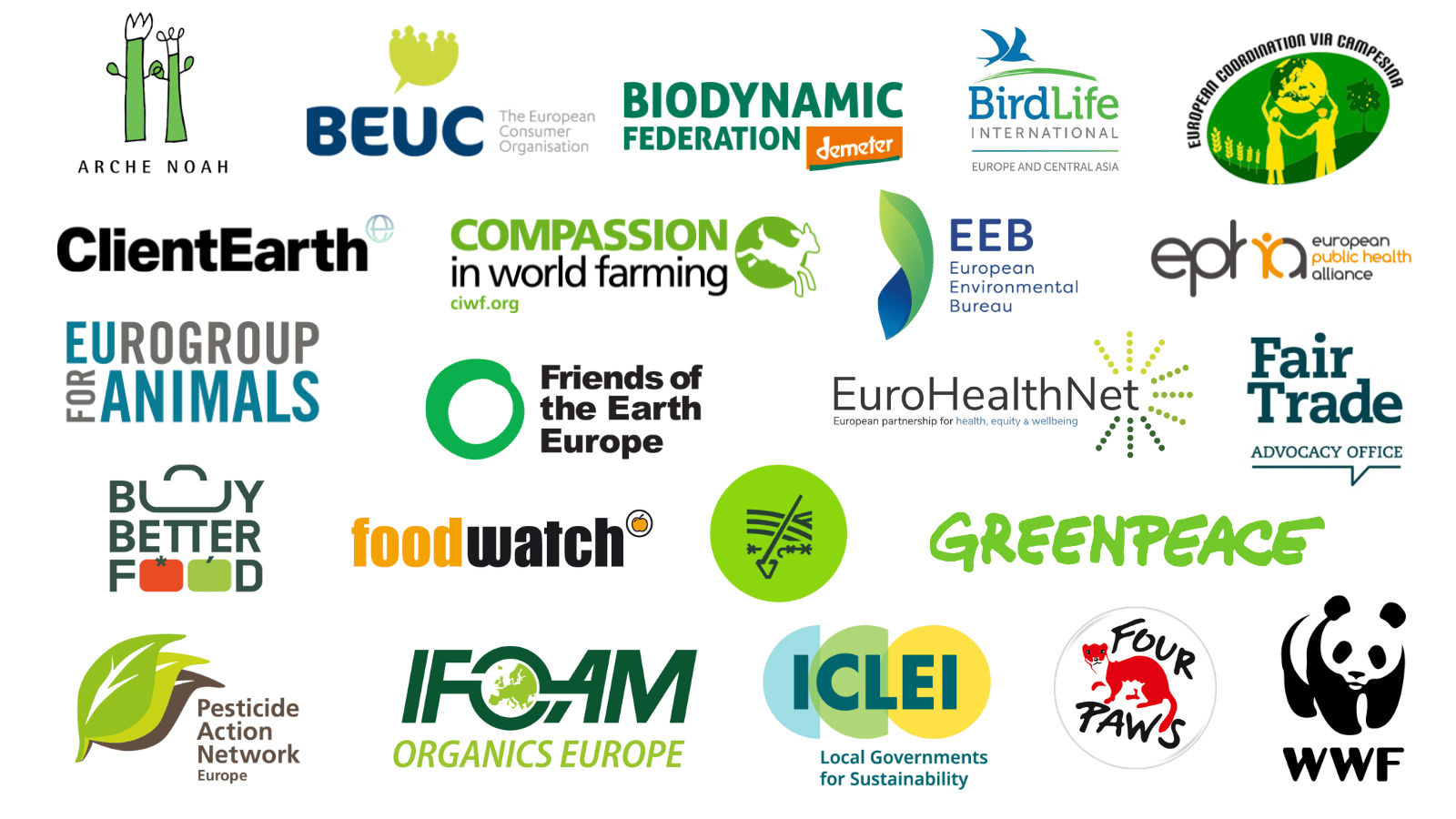