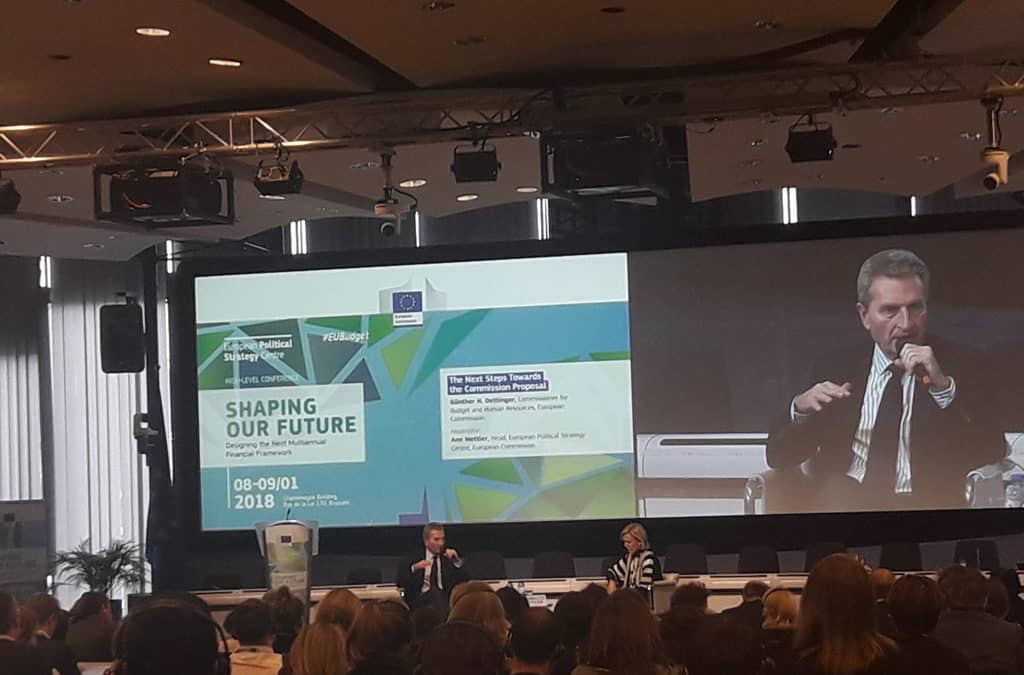 Whether we like it or not, the United Kingdom is planning to leave the European Union in March 2019, leaving a hole in the EU budget. Instead of planning with a smaller budget, the Commission is committed to keep the current amount – which is around 1% compared to overall EU income and public spending –slightly increasing the amount 1,1+% which will be covered by 50% from savings and 50% of ‘fresh money’ from Member States.

The Health Programme has the potential to lead to more savings. The size of the 3rd Health Programme itself is not significant with its budget of €449,4 million  representing less than 0,05% of the whole EU budget but EU level policies and initiatives can lead to significant savings: such as, according to the OECD, saving the loss to the EU economy of €115 billion per year, or 0.8% GDP, as a result of actions preventing the premature death of 550 ,000 people of working age across EU countries from chronic diseases.

‘Europe is much more than a cup of coffee’ highlighted Commission President Juncker by opening the high level, ‘Shaping our Future – designing the Next Multiannual Financial Framework’ conference indicating that the amount spent on  EU programmes is the price of a coffee per day. Commissioner for Budget and Human Resources Oettinger made it clear that the next MFF will not finance actions with no European added value.

The European nature of today’s main challenges can no longer be denied: the burgeoning burden of non-communicable diseases, the obesity epidemic, infectious disease epidemics and antimicrobial resistance are health threats, by their nature, having an European dimension.  No single country, no single government, can tackle these cross-border health challenges alone.

Health as a core European value

President Juncker warned that the real discussion is about our policy goals, and that this should happen first before discussing the numbers. While economic added value is important, various speakers highlighted during the conference there are also core principles and fundamental values which are difficult to quantify but are equally important. Having a common decision-making process, conducting negotiations for example is a value in itself. The importance of keeping cohesion policy, to reduce differences between member states is also a key European goal.

Sticking to the Treaty objectives would also imply ensuring the budget includes a health dimension. Protection of a high level of human health and well-being is entrenched in the Treaties of the European Union. Article 168(1) TFEU requires that ‘A high level of human health protection shall be ensured in the definition and implementation of all Union policies and activities.’ This ‘mainstreaming’ obligation can also be found in Article 114(3) TFEU, and has been further reinforced following the entry into force of the Lisbon Treaty, by Article 9 TFEU and Article 35 of the EU Charter of Fundamental Rights.

Investing in the Future

Innovation and Youth will be the cornerstone of the future EU budget. The ERASMUS+ and the post Horizon 2020 research projects will be protected from any cuts as they are considered to be policies for the future.

However, while there are many differences between big and small, rich and poor member states but the support for health is common: 70% of Europeans want the EU to do more for health, according to the most recent Eurobarometer survey.

EU institutional capacity is needed to implement Health in All Policies

Vice-President Oettinger was asking to avoid any further cuts in to the EU administration to ensure that the EU is in fact able to implement its policies. This is a core principle which can also be applied to retaining a strong Directorate General for Health.  Assigning health actions to other areas threatens that they will be considered less of a priority, compared to having a dedicated DG SANTÉ ensuring their implementation.

In February, the European Council will have the first discussion about the plans for the MFF. The own initiative report in the European Parliament on the MFF as well as the report of the High Level Group on the future financing of the EU (led by former Italian Prime Minister Mario Monti to identify future, new sources for the EU budget) is under discussion, to be followed by the Commission proposal in May 2018.

The Commission has launched an open public consultation where stakeholders – including the European public health community – can have their say. Health comes under the consultation on the single market.

To truly reflect the EU competence on health in the MFF, securing an increased budget for health collaboration in the next EU budget post 2020 is fundamentally important, considering health is a core value for European citizens; additional resources for the health programme are justified by the return on investment and economy of scales to date, and the benefits for European society as a whole.