TTIP on ice, but trade policy hotter than ever 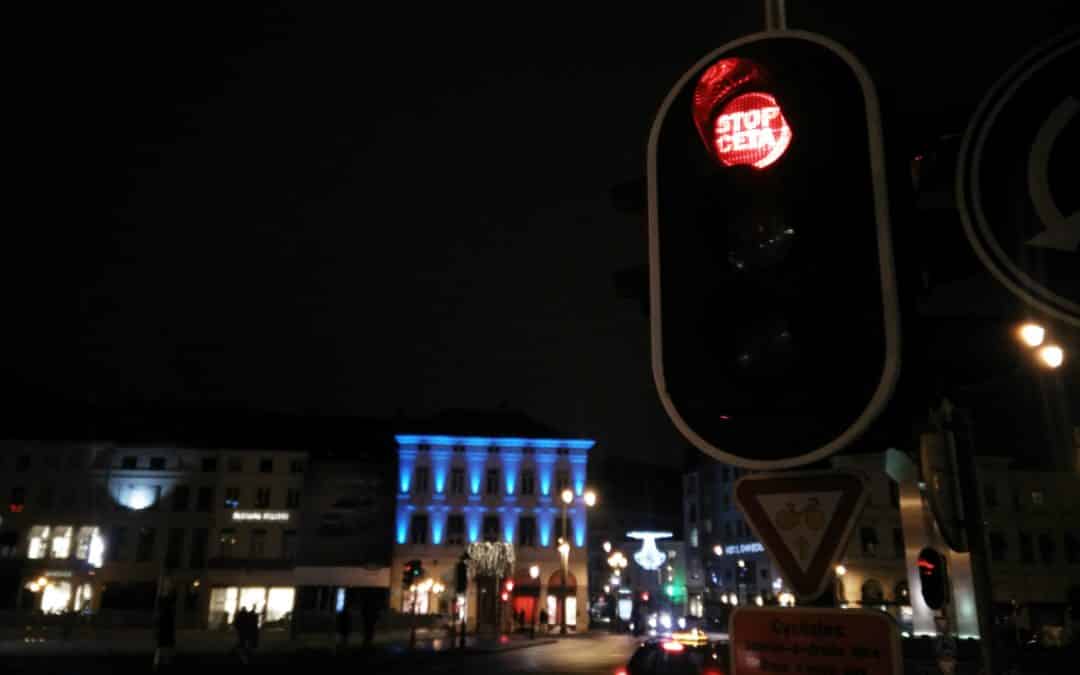 The hasty retreat of the US into protectionism, the trade implications of Brexit and the hurried passage of CETA through the European Parliament herald a new era in international trade policy.

A number of academics and even the European Commission have made proposals to shape a new EU trade policy. Even though TTIP negotiations are on hold, its impact assessment is still ongoing.  The assessment of the current proposal will show that it puts public health at risk. But the near defeat of the EU-Canada CETA deal and the hiatus in negotiations with the US should be seen as an opportunity for Europe to set the tone for healthy international trade relationships.

Amongst President Trump’s first decisions on January 23, 2017 was the U.S. withdrawal from the Trans-Pacific Partnership (TPP), followed by suggestions that the renegotiation of the terms of the 23-year-old North American Free Trade Agreement (NAFTA) with Canada and Mexico would soon follow.

The U.S. president has hinted that he prefers bilateral to multilateral negotiations and wants trade deals where the U.S. can fully use its leverage. The post-Brexit U.S.-UK trade deal may be the first to be conducted in the spirit of ‘America first’. It has also been reported that the Trump administration approached several EU Member States to request the negotiation of bilateral trade deals, apparently unaware that only the European Commission can negotiate on their behalf.

These international developments are being seized by the EU as an opportunity to fill the gap left by the U.S. and to expand its trading relations throughout the world. As a first sign, the EU and Mexico agreed to accelerate trade talks. Others may follow with Japan or the South American ‘Mercosur’ countries.

‘TTIP is dead!’ is already a tired refrain. High level negotiators and Commissioner Malmström have admitted that TTIP is in the freezer and will stay there for a while. In the meantime, the Commission has nearly finished its so-called Sustainability Impact Assessment of TTIP, due for publication this month. The draft recommendations leave much to be desired, in terms of professionalism and independence. It does not contain a proper health impact assessment, just two superficial case studies, glossing over major public health concerns. EPHA responded to the Public Health-related case studies.

Against this changing international environment the hurried adoption and ratification of the Comprehensive Economic and Trade Agreement (CETA) was pushed hard by both the EU and Canada, apparently wanting to show leadership in international trade policy.Despite our deep concerns, echoed by other public health and environment NGOs, the European Parliament Committee on International Trade (INTA) greenlit the deal. The final step will be a European Parliament plenary vote on 15th February in the presence of Canadian Prime Minister Justin Trudeau, who will travel to Strasbourg to make sure MEPs go his way.

Walloon Minister-President Paul Magnette, who almost managed to stop CETA last year, has presented the Namur Declaration signed by around forty academics from both sides of the Atlantic, calling for a deep reform of EU Trade policy. In response, more than 60 European academics from more than 15 countries, in the Declaration ‘Trading Together’ highlighted the need for a more critical reflection on the democratic decision-making process in the EU, although the links of several signatories to industry raises some questions.

The Commission’s only response so far to these concerns is a proposal to reform the investment protection clause in Trade agreements, and – hand-in-hand with Canada – is pushing at international level for the establishment of a new Tribunal to replace the arbitration system. A public consultation on possible options to reform the way investment disputes are resolved, including the possible establishment of a permanent Multilateral Investment Court, is currently underway. EPHA  already highlighted key red lines for public health last August, calling for safeguards to ensure that any future multilateral investment court guarantees the EU and national governments the right to make policies and laws to protect and improve health. The consultation is open until 15 March 2017.