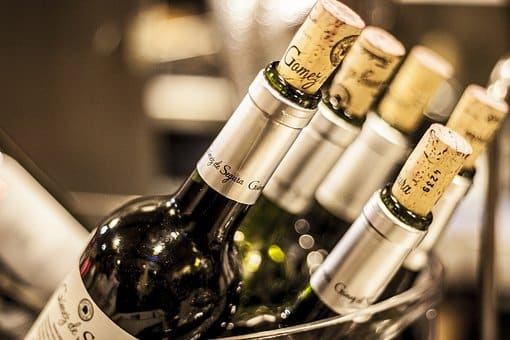 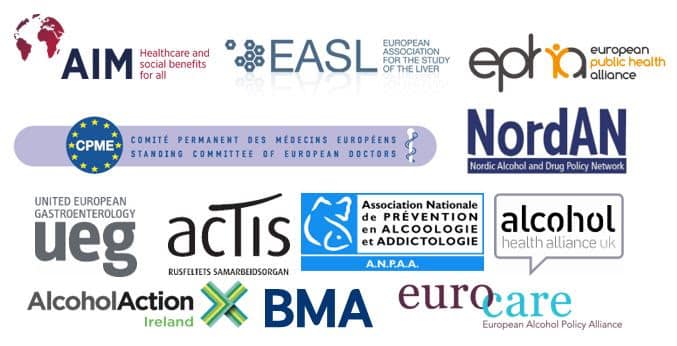 Last year the European Commission provided the alcohol industry with the opportunity to come up with a self-regulatory proposal on alcohol labelling, an opportunity which the industry has ignored.

In their Joint Statement, the alcohol industry is avoiding the responsibility to inform consumers at the point of sale in an easy and accessible manner. The industry has failed today.

The industry says that online options will reduce the burden on operators. Indeed, they will, by shifting it to the consumer. Another lost opportunity, this time, to show its consumers the respect and appreciation they deserve. This is a one year setback for the European Commission.

‘European doctors are convinced that alcohol labels should include nutritional information for health reasons. Consumers have a right to know. Often, they may not realise that many alcoholic beverages contain a lot of sugar. This fact shouldn’t be hidden somewhere online’ said Annabel Seebohm, Secretary General of Standing Committee of European Doctors (CPME).

Professor Sir Ian Gilmore, chair of the Alcohol Health Alliance UK (AHA), said: ‘As in the past, self-regulation of alcohol labelling has not proved possible, with the alcohol industry unwilling to provide consumers with the information on alcohol they need. Alcohol producers are keeping the public in the dark about what’s in their drinks, and the European Commission should now move to make sure alcohol products contain ingredient and nutritional information’.

As stated in the European Commission’s report on alcohol labels from 2017, the majority of consumers “never or rarely” use off-label information sources to access information on nutrition values and ingredients of alcoholic beverages. Consumers consistently voice their desire for ‘on-label’ information, and for there to be no difference between alcoholic and non-alcoholic beverages.

‘It is not enough to tell us to go online and figure it out. Consumers demand transparency and brands they can trust. What do they have to hide? We do not have to go online to find information for milk or orange juice, why should we for wine?’ said Mariann Skar, Secretary General of European Alcohol Policy Alliance.

There will always be a segment of Europeans who for economic, social or other reasons do not use the Internet on a daily basis. They should not be deprived of the information just because of their lifestyle.

While assessing the industry’s self-regulatory proposal the European Commission must prioritise the consumer’s right to know over the industries potential difficulties with implementation of EU (Reg) 1169/2011. The majority of alcohol consumed in Europe is mass produced by multinational corporations. Citing the burden to small producers in order to avoid obligation to provide information to consumers is a questionable tactic.

We urge the European Commission to dismiss this proposal as it does not follow the spirit of Reg (EU) 1169/2011 on provision of food information to consumers, meaning:

According to the World Health Organization, listing the ingredients contained in a particular beverage alerts the consumer to the presence of any potentially harmful or problematic substance. Equally important, providing the nutritional information such as calorie content allows the consumer to monitor their diets better and makes it easier to keep a healthy and prevent diseases.‘Alcohol consumption is the single biggest cause of liver disease in the European Union’, said Professor Helena Cortez Pinto, the EU Counsellor at the European Association for the Study of the Liver. ’It’s ridiculous that a carton of milk has product labelling but not a bottle of spirits. The EU and the Member States have to step up to the plate and take concrete action on labelling or our patients will continue to die early deaths from alcohol related liver disease’.

‘Liver diseases have an increasing significance in overall morality levels in Bulgaria, being ranked 6th major reason for mortality in 2014. It is important for consumers to be able to monitor their diets better. Listing ingredients and nutritional value on the labels would empower people with information that they are currently lacking. To make healthier choices for our livers we need to know what we are consuming,’ said Prof. Marieta Simonova from the Clinic of Gastroenterology at the Military Medical Academy of Sofia.

All other food sectors have indeed managed to accommodate the EU’s requirements and still maintained their aesthetic packaging standards. The well-established alcohol industry should have no difficulties in doing the same.Commenting on the alcohol industry’s position, Eunan McKinney, spokesperson for Alcohol Action Ireland, said:The proposition from industry that labelling content is onerous and a burden on producers is ludicrous. The sales ambitions of the European alcohol industry, including Ireland’s small or large producers, seem undeterred by fulfilling the labelling demands of other global markets like those in North America, Asia or the Middle East. If the explicit demands for nutritional values and ingredient information can be met for those markets, then why not those of EU citizens too?

European Alcohol Policy Alliance (Eurocare) is an alliance of non-governmental and public health organisations across Europe advocating for the prevention and reduction of alcohol-related harm. Member organisations are involved in advocacy and research, the provision of information and training on alcohol issues, and services for people whose lives are affected by alcohol problems. Eurocare’s mission is to promote policies that prevent and reduce alcohol-related harm. Our message regarding alcohol consumption is that “less is better”.

AIM is the umbrella organisation of health mutuals and health insurance funds in Europe and in the world. Through its 64 members from 31 countries, AIM provides health coverage to 240 million people in the world and about 200 million in Europe through compulsory and/or complementary health insurance and managing health and social facilities. AIM strives to defend the access to healthcare for all through solidarity-based and non-for-profit health insurance. Its mission is to provide a platform for members to exchange on common issues and to represent their interests and values in the European and international Institutions.

European Association for the Study of the Liver (EASL)

The European Association for the Study of the Liver started as a small group of 70 hepatologists from 15 European countries who came together to share best medical practice in April 1966. 50 years later EASL has evolved into a major European Association with international influence dedicated to the liver and liver disease. EASL has over 4,000 members from all over the world and provides an annual platform, The International Liver Congress™, for 11,000 liver experts to meet and discuss latest scientific research. EASL has given rise to many international clinical trials and research collaborations to the benefit of patients all over the world.

The European Public Health Alliance (EPHA) is a change agent – Europe’s leading NGO alliance advocating for better health. We are a dynamic member-led organisation, made up of public health NGOs, patient groups, health professionals, and disease groups working together to improve health and strengthen the voice of public health in Europe.

The Standing Committee of European Doctors (CPME) represents national medical associations across Europe. CPME is committed to contributing the medical profession’s point of view to EU institutions and European policy-making through pro-active cooperation on a wide range of health and healthcare related issues.

NordAN was established in September 2000 as a network of non-governmental, voluntary organizations who all worked to reduce the consumption of alcohol and other drugs and who supported a restrictive alcohol and drug policy and who did not receive contributions from the commercial alcohol industry. Acting on these principles NordAN today have grown to have 90 non-governmental, voluntary member organisations in all the eight Nordic and Baltic countries (Denmark, Estonia, Finland, Iceland, Latvia, Lithuania, Norway and Sweden), all active in the alcohol and drug field.

Alcohol Action Ireland is the national charity for alcohol-related issues. We are an independent voice for advocacy and policy change, working to reduce levels of alcohol harm in Ireland and improve public health, safety and wellbeing.

About the Alcohol Health Alliance (UK)

The Alcohol Health Alliance UK (AHA) is a group of over 50 organisations including the Royal College of Physicians, Royal College of GPs, British Medical Association, Alcohol Concern and the Institute of Alcohol Studies. The AHA works together to: (i) highlight the rising levels of alcohol-related health harm (ii) propose evidence-based solutions to reduce this harm (iii) influence decision makers to take positive action to address the damage caused by alcohol misuse