What to expect from the UN Heads of State meeting on NCDs in September? 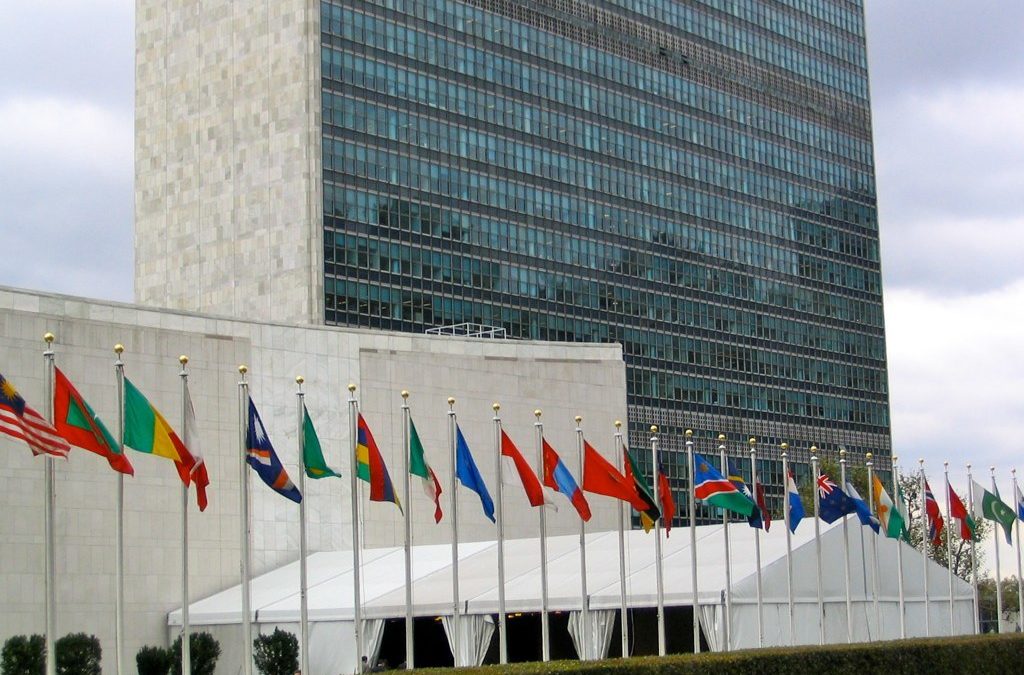 On 27th September 2018, Heads of State and Government from around the world will meet at the United Nations in New York to discuss non-communicable diseases (NCDs). This will be the third global High level meeting (HLM) on the issue since 2011. It’s exceptional that a health issue makes it to the agenda of Heads of State, but the attention is warranted: NCDs now account for over seven times as many deaths as infectious diseases and they pose a major barrier to economic development requiring a response from the top of governments and the UN. The HLM was billed as a first review of whether countries are on track to deliver the 2025 and 2030 targets to reduce the preventable chronic disease burden, so expectations were high for a milestone political declaration.

And yet, at this late stage of the negotiations of the Political Declaration, the draft text that Heads of Government and State will sign in September is lacking in the strength, clarity and ambition needed to turn the tide on NCDs and their toll of preventable premature mortality. For starters, it lacks clear recognition that the vast majority of countries are way off track on their own commitments – and what this means in human terms for literally billions of people and families around the world, as well as the brake it imposes on the economic development of low and middle-income countries.

The good news is that Heads of State and Government will be at the HLM in unprecedented numbers, more than the two previous HLMs combined. And they will sign a text that reiterates and re-commits to the recipe for success. Governments and the global health community already know very well how this unfolding public health crisis can be tackled. Heads of State and governments have signed up many times over to political declarations (from the HLMs in 2011 and 2014), to the WHO Global Action Plan to reduce NCDs (2013), to the very clear set of ‘Best Buys’ and other recommended, cost-effective policy measures (2017) as well as the Sustainable Development target in 2015. There is no turning back on those commitments now.

Rhetorically at least, there is also improved recognition of the need to integrate mental health and neurological disorders into national and international efforts and much stronger commitments to tackle environmental causes of ill health, particularly air pollution.

But the rub lies in lack of new commitments. There is no new commitment to make available the financial resources needed to tackle the NCD epidemic, neither in terms of investments in prevention nor to meet another critical SDG promise, universal health coverage. There is nothing on the popular idea of a catalytic multi-donor fund for NCDs, as has worked well in other health and development areas. There is no commitment to independent review and evaluations to hold those leaders who don’t keep their promises to account, a concept well entrenched in others areas of health such as HIV/AIDS and women and children’s health.

But in this case, what’s unsaid tells the story of the behind-the-scenes negotiations between diplomats in New York.  There are some glaring omissions in terms of supporting recommended tried and tested policies. The failure to mention sugar and soda taxes is just one major gap that has made the headlines. How this happened is further explained by the part of the text that discusses how governments should engage with the private sector.

The same few governments– heavily influenced by vested interests at home keen to continue to export and promote unhealthy products unhindered – insisted on kicking out specifics of policy measures known to be effective, and not to change anything about the access enjoyed by lobbyists for unhealthy commodities. And although the majority of countries do seem to want to change today’s twisted rules of the game, hardly any were prepared to make it a ‘red line’ issue.  We don’t know what happens behind the scenes, but perhaps there are some insights in the reporting of the pressure applied at the World Health Assembly this May on a Resolution on infant feeding.

Which brings us to the last bone of contention in the negotiations of the NCD Declaration: TRIPS (widely used flexibilities in intellectual property rules on essential medicines which governments are allowed to use to safeguard public health). The NCD Declaration isn’t the main event here – agreement first needs to be reached for the Political Declaration on Ending Tuberculosis, to be signed at another HLM the day before. The fight, unsurprisingly, is between those countries who count on these flexibilities to make life-saving medicines available that would be otherwise unaffordable, and those who want to see these flexibilities weakened. But it is not only the “G77” group of countries – low and middle income including the BRICS group – that count on these flexibilities. Even Germany has used them. But despite numerous UN resolutions having repeatedly reaffirmed the TRIPS rights, including the Political Declarations from the UN HLMs on HIV in 2006, 2011 and 2016, the previous UN HLM on NCDs in 2011 and in the SDGs, this is the most contentious issue which is now holding up two sets of negotiations. An omission of TRIPS here threatens to dilute previous agreements which are vitally important for ensuring access to lifesaving medicines, especially for people in developing countries.

Having followed the negotiations, it is particularly striking that a very large majority of governments are wholeheartedly and genuinely committed to improving public health, and are well aware that it makes economic sense to prevent NCDs as far as possible, and ensure fair access to healthcare for everyone. The voices seeking to disrupt, delay, block and even roll back progress are actually only a tiny minority.

For the many countries, NGOs and people living with NCDs who will be disappointed by a non-committal Political Declaration from the 2018 HLM, this moment should be used to gather momentum. Dozens of Heads of State and Government who will attend can showcase their leadership and experiences of policies that are working to prevent and treat the NCD epidemic. The evidence base is incontrovertible and inspiring: the Best Buys and measures recommended by the WHO work. The recipe for success is known and is shown to be effective on all continents, in different resource settings.

Taking action on NCDs will save money as well as lives, accelerate sustainable development and is vital for Universal Health Coverage. Civil society organisations and networks will keep watching implementation and keep pushing to make sure this momentum becomes unstoppable.