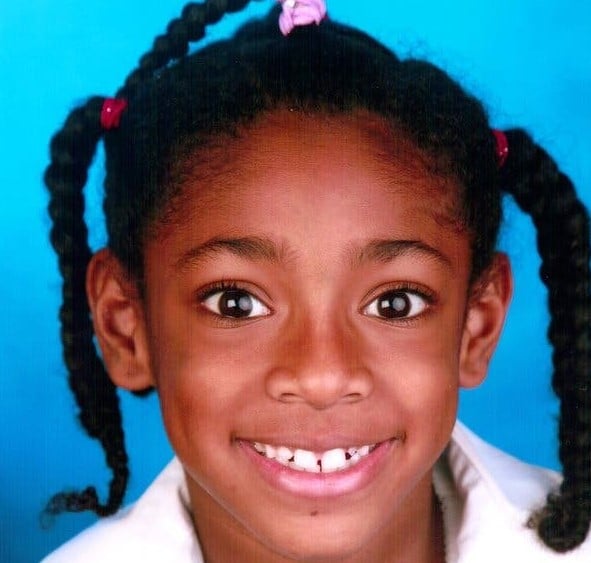 The fight of the WHO clean air advocate mother, Rosamund Kissi-Debrah for clean air continues. Her daughter,  Ella was only 9 years old when she succumbed to an asthma attack which has been linked to the illegal levels of air pollution in London.  Rosamund has since been fighting to have the authorities recognise the role that air pollution played in this tragedy, and launched a campaign for clean air. The next step of this process will be the legal proceedings which will begin in the UK on November 30 to consider whether air pollution caused or contributed to the death of Ella. If successful, Ella will become the first person in the UK – and potentially the world – for whom air pollution is listed as the cause of death.

As air pollution has no borders, and Ella’s case clearly demonstrates that EU clean air policies are a great example of European added value. This is why she came to Brussels in 2019 invited by the European Public Health Alliance (EPHA)  to stand up for the right of our European children to breathe clean air.  This is especially relevant when the EU institutions are negotiating stricter rules on polluting cars. Cleaning the air in cities is essential to prevent similar cases in the future.

“One case, even the smallest one can have huge implications: the ongoing legal procedure in the UK will resonate in Europe as well. Rosamund’s earlier call to demand the European Commission to make action on air pollution an urgent political priority in its current mandate is more valid today than ever. The European public health community fully supports her fight for clean air in the United Kingdom and in Europe “

A report by Professor Stephen Holgate, who will provide evidence at the inquest, found air pollution levels near Ella’s home “consistently” exceeded lawful EU limits over the three years prior to her death. The inquest will look at potential failings by the government authorities to take adequate steps to reduce pollution and provide public information about the risks of air pollution, as well as the extent to which they contributed to Ella’s death. This will provide powerful evidence in other cases under similar circumstances in the UK and Europe.

The hearing could also deliver another groundbreaking decision by determining whether Article 2 of the European Convention on Human Rights is engaged – in terms of arguable failures by the UK authorities to combat air pollution – such that Ella should have been afforded a ‘right to life’.

Ella Kissi-Debrah died in February 2013 following three years of seizures and 27 visits to hospital for breathing problems. An inquest in 2014, which focused on the nine-year-old’s  medical care, ruled she died of acute respiratory failure as a result of a severe asthma attack. After years of campaigning, in December 2019, the family’s legal team were successful in their application to the High Court to reopen the inquest in light of new evidence regarding air pollution levels.

The full inquest, which is currently scheduled to begin on November 30 for 10 days, will consider whether air pollution caused or contributed to Ella’s death and how levels were monitored at the time. Other issues to be addressed at the inquest include the steps taken to reduce air pollution, and the information provided to the public about the levels, its dangers and ways to reduce exposure.

Rosamund, Ella’s mother, has become an important voice in the clean air movement, setting up a foundation (The Ella Roberta Family Foundation) to improve the lives of children suffering from asthma and becoming a World Health Organization advocate for health and air quality. A number of government departments as well as the Mayor of London have been identified as Interested Persons in the case.

The World Health Organisation states that ambient air pollution causes 4.2 million deaths a year globally, while 3.8 million deaths are caused by household exposure to dirty cookstoves and fuels. 91% of the world’s population live in places where air quality exceeds WHO guidelines.

“It’s coming up to eight years since Ella passed and it’s been a long hard fight to get this Inquest, with challenges along the way. What I want is justice for Ella and for her to have on her death certificate the true cause of why she died.”

“So much has changed since Ella left us and we still miss her every day. It’s strange to think she would be sixteen now – it’s a completely different world without her and I do wonder, if she was here, what she’d be up to now, what her interests would be, what she’d make of the world.

“The house became so much quieter after her death and I don’t think we ever recovered from that. She was the life and soul of our home – always playing music, always dancing with my other daughter Sophia. She had a lot of influence on her younger siblings, always encouraging them to achieve, getting them into sports. They don’t have that big sister role model anymore; they only have each other. We especially miss her on anniversaries – like her birthday on 24 January – and big occasions, like Christmas.

“Life has changed and it will always be hard, but what will never change is how much we love Ella. She might not be here, but my love for her has never lessened and I will fight for her and for justice for her as long as I can, and in every way I can.”

“It has been a privilege to work with Rosamund over the last four years in her search for answers as to why Ella died.  It has been a significant achievement getting to this point – where there will be a fresh inquest to examine whether air pollution caused Ella’s death.  Rosamund’s account of Ella’s struggle is very powerful and illustrates the human suffering behind the statistics.  The inquest will examine the actions, or inaction of UK government authorities – both during Ella’s lifetime and today – in tackling air pollution and the coroner will consider if Ella’s death could have been avoided and if lessons need to be learned to avoid future deaths.”

Katie Nield, lawyer at environmental law charity ClientEarth, said: “Political leaders need to sit up and take notice of this crucial inquest. Ella may be the first person in the world with air pollution recognised as a cause of death on their death certificate.”

“To prevent further tragedies, we need strong laws that put people’s health first. Governments around the world should be taking urgent action to address key sources of pollution and put themselves on track to achieve World Health Organization air quality guidelines as soon as possible.”

Dr. Maria Neira, Director, Department of Environment, Climate Change and Health, World Health Organization “Air pollution is a silent killer, and more than 90% of the world’s children breathe toxic air every day. This inquiry into the premature death of Ella Kissi-Debrah at 9 years old shines the spotlight on the unhealthy levels of pollution that most of our young ones are exposed to. The inquest could create an important legal precedent, and strengthen the case that everyone has the human right to breathe clean air.”

Harriet Edwards, Senior Policy and Project Manager for Asthma UK and the British Lung Foundation, said: “It is tragic that a little girl, who was forced to breathe dirty and damaging air over the course of her short life because of where she lived, has died. We know that toxic air can trigger conditions like Ella’s asthma, and for millions of people who live with lung conditions, it could pose a daily and immediate threat to their lives.

Air pollution is bad for everyone’s health and we believe that everyone should have the right to breathe clean air, yet currently, most towns and cities in the UK have illegal and unsafe levels of air pollution.

We already have strong evidence linking UK hospital admissions to spikes in air pollution and we know that children living in highly polluted areas of the UK are four times more likely to have irreversible damage to their lungs, which can lead to long-term health problems in adulthood.

The UK government needs to take bolder action in the Environment Bill to reduce the public’s exposure to air pollution by setting legally binding targets on PM2.5, in line with World Health Organization Guidelines, and these must be met no later than 2030.

In the meantime, we must significantly reduce the number of vehicles on UK roads and transition towards cleaner and more active forms of transport. We also need to see major improvements to the way air pollution is monitored and health advice is provided to the public and health care professionals in the UK, so that they can identify and protect the patients at greatest risk.”

A matter of life or death