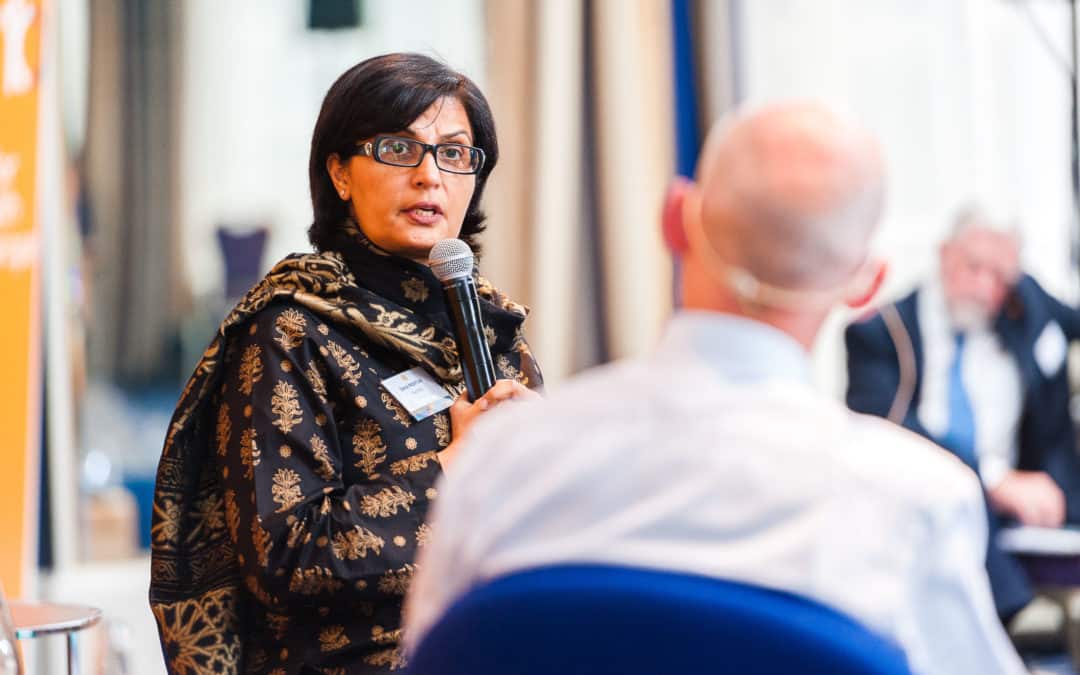 Brussels, 8 September 2017. “Policy is where the obesity crisis will be solved, plain and simple” said the WHO’s Dr Sandro Demaio opening the 2017 European Public Health Alliance (EPHA) Annual Conference “Make Health YOUR Business”, which focused on breaking the deadlock to action to curb the growth of chronic diseases. Chronic, non-communicable diseases already cause 550 000 premature deaths each year and impose a bill of EUR 700 billion in healthcare costs annually.

“It is important to have the evidence, to put pressure to do the right thing, keeping focused until the political window opens up for decisions to be made” echoed Dr Maris Jesse, Deputy Secretary General for Public Health in Estonia. There is no lack of appetite and awareness from policy-makers worldwide to tackle the chronic disease epidemic, reported Dr Sania Nishtar, President of Heartfile from her meetings with 191 national governments during her campaign as one of the shortlisted three candidates for WHO Director General earlier this year. However, more attention, support and a clear institutional framework are needed to turn this into policy action and ensure similar success to that achieved in tackling infectious diseases.

Comparing the NCDs crisis with how HIV/AIDS has been tackled since the 1980s, Dr Nishtar highlighted that the global health community have “set ourselves up for failure”, risking missing the opportunity to benefit from the evidence and awareness of the economic and social impact of chronic diseases. While describing the World Health Organisation (WHO) as “the world’s lighthouse for health”, and encouraging them to continue to “join the dots, develop the norms and standards and the regulatory framework”, Dr Nishtar called for the creation of a global mechanism, an “apex entity”, tasked with curbing NCDs.

“It is now time for us to get serious and to put in place a lean agency which can get some of the things up and running very quickly.” stated Dr Nishtar “The agency should also create a new financial instrument for the era of the Sustainable Development Goals […], provide the catalytic resources to leverage public and private financing and be an independent monitoring and accountability mechanism creating policy space for action.”

EU Health Commissioner Andriukaitis echoed the call for action, declaring “I want to send once more a message to all our governments, to Member States, to the European Parliament discussing new multi-annual financial perspectives: the need to strengthen our financial capacities to improve prevention.”

In a discussion on how investments and new business models can help prevent chronic diseases, Dave Prescott of The Partnering Initiative highlighted business opportunities for the private sector in changing practices to deliver on the SDG targets, estimated to be worth more than US$12 trillion annually by 2030. The Director for Responsible Investment and Stewardship at CCLA, Katie Gordon, highlighted how investors can be a facilitator and driver for policy change, influencing business decisions prioritising health, and unblocking the deadlock. “Public health is in the sweet spot to become a factor in investment decisions, as environmental issues were 10 years ago.” Gordon said.

The conference comes at a crucial time for the European Union, ahead of EU Commission President Juncker’s State of the European Union address next week. EPHA will release its own recommendations to break the deadlock to policy action on chronic diseases by the end of September.