No more silo thinking: Reducing Pharmaceuticals in the Environment and AMR 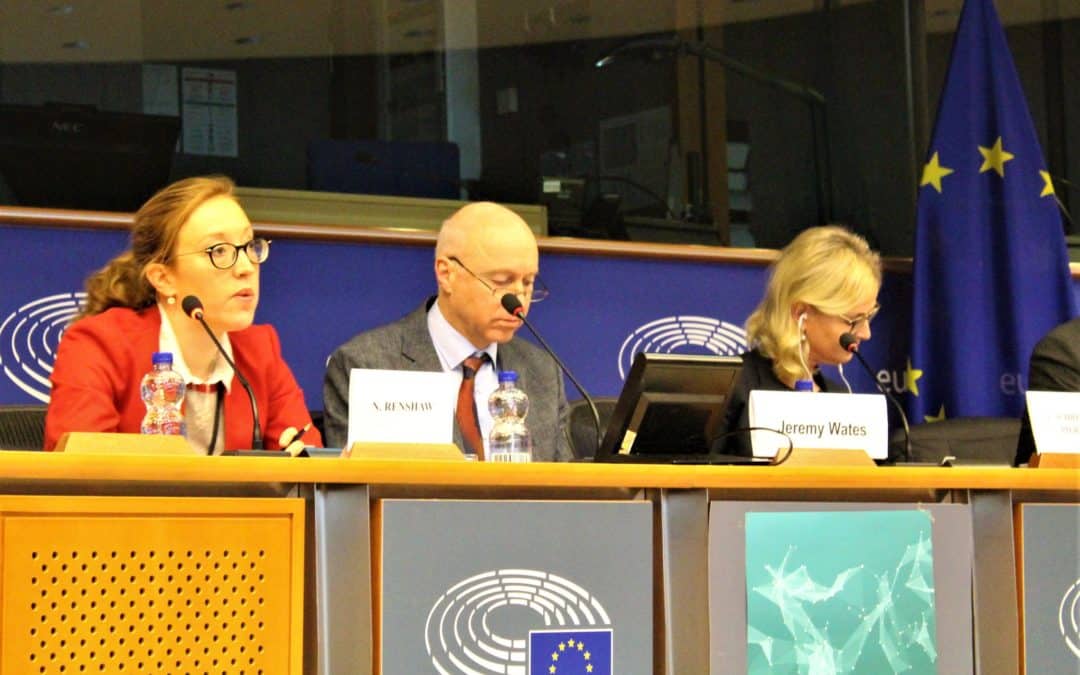 On 30 January, EPHA organised an event at the European Parliament, together with Changing Markets Foundation and the European Environmental Bureau, to discuss synergies between the available policy measures for tackling pharmaceuticals in the environment (PiE) and antimicrobial resistance (AMR). The event was hosted by MEP Annie Schreijer-Pierik (EPP, Netherlands) who emphasised the importance of assuming responsibility and taking a multi-stakeholder approach to minimise the negative consequences of pollution in Europe and globally.

Following a public consultation that ended in February, the European Commission will present its long-awaited strategic approach to PiE before the end of May 2018. It will be particularly important to ensure policy coherence between this strategy and the EU One Health Action Plan against AMR (released in June 2017) given that both problems are closely interrelated. By “joining the dots” between these twin problems, the event discussed the need to take a life-cycle approach to pharmaceuticals, i.e. from production to consumption and disposal, given that residues can enter the environment (particularly water bodies) during all stages.

As Prof Dr Christoph Luebbert (University of Leipzig) reported, environmental contamination is a massive problem in India as a number of pharmaceutical production sites do not meet European standards. Effluent discharges contain high levels of antibiotics and antifungal agents whose continued functioning is vital for treating infections. While knowledge gaps remain regarding the interaction of PiE and the development and spreading of AMR, the harmful consequences of pharma pollution in India are undeniable and can be observed in rivers, people and animals. Through international travel and trade, “superbugs” can easily reach and threaten European healthcare.

A key concern for MEP Schreijer-Pierik is people’s right to access quality drinking water, coupled with safeguarding the health of European rivers. Dutch expert Prof Dr Jan Peter van der Hoek (EurEau & TU Delft) further explained the threat posed to water bodies – many of which flowing cross-border – by pharmaceutical drugs and other contaminants (e.g. pesticides, endocrine disruptors), stating that ever-new combinations of PiE are being detected. Stressing that the upcoming review of the Water Framework Directive and the current recast of the Drinking Water Directive present important opportunities, he contended that end-of-pipe solutions are costly and that other options may be more effective (e.g., eco-labels, bring-back schemes, compulsory prescription of drugs with high environmental impact, awareness-raising). In the Netherlands, the so-called chain approach takes a life-cycle approach, with its success very much down to dialogue between water and healthcare stakeholders, according to Marc de Rooy (Dutch Ministry for Infrastructure and Water).

A wide array of other solutions exists as well. They range from expanding and ensuring better embedding of Environmental Risk Assessment at the EU level to enabling “green” procurement at regional level (as is done in Sweden) and integrating environmental criteria into Good Manufacturing Practices.

Participants also discussed the role of industry: should the “polluter pays” principle apply or some form of extended producer responsibility? Lucas Wiarda, representing DSM-Sinochem, argued that industry isn’t necessary opposed to regulation, however there needs to be a level playing field for all companies, and other actors needed to take action, too. Industry representatives also pointed out a number of recent actions, including the Davos and UNGA declarations, the Eco-Pharmaceutical Stewardship Framework and the commitments of the AMR Industry Alliance.  MEP Schreijer-Pierik encouraged the pharma industry to advance these efforts and asked the European Commission to put in place the right mix of policy tools and instruments before the European Parliament elections in 2019.