No more taboos in the quest for affordable medicines 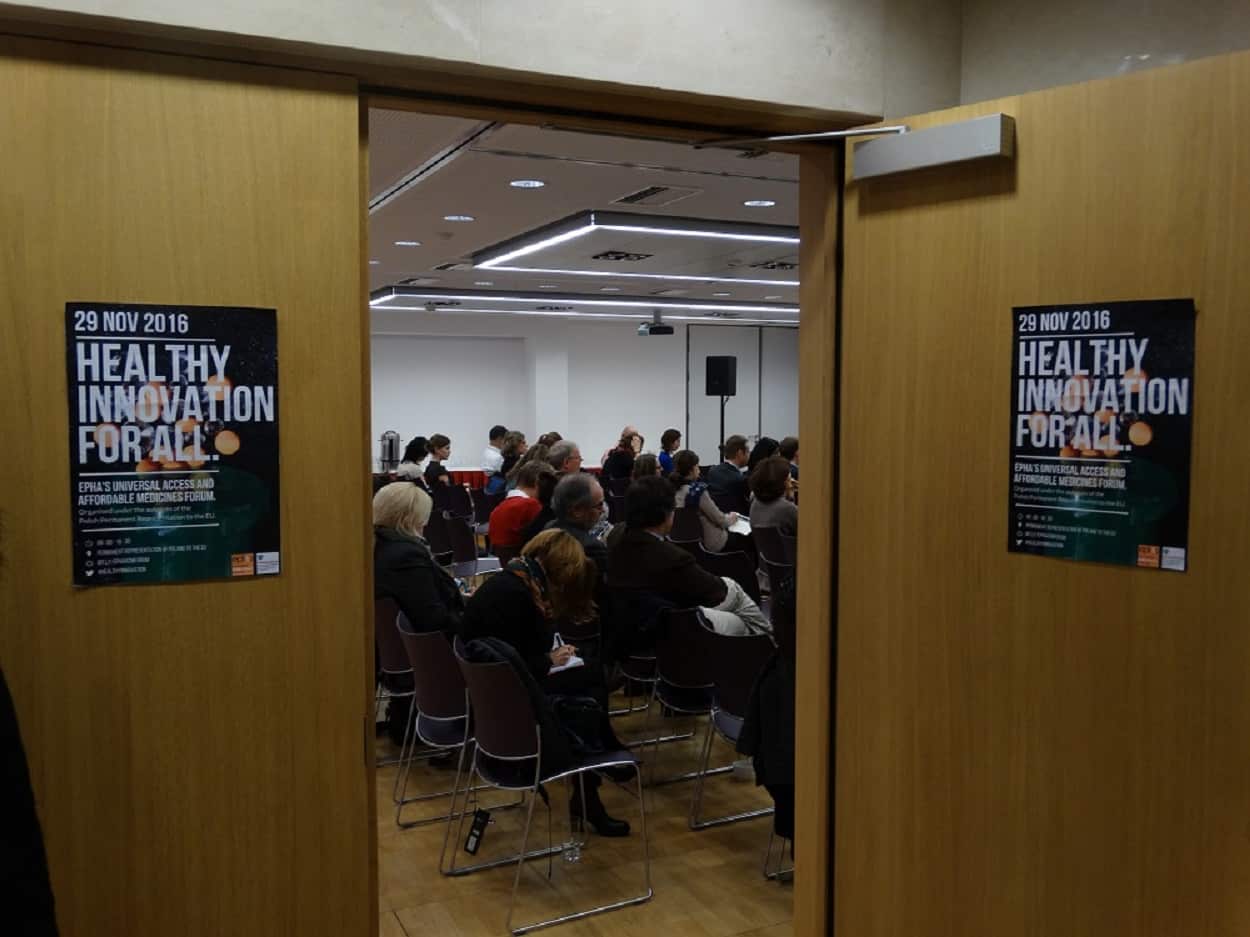 EPHA’s 2016 Universal Access & Affordable Medicines Forum, co-organised with the Polish Permanent Representation to the European Union, fostered genuine dialogue with key participants in the debate, from numerous national governments, on the current problems and the future of medicines’ development in Europe.

In many parts of Europe, the reality is a fully-fledged access to medicines crisis. People cannot access their treatments because they – or their governments – cannot afford them. Patient groups compete with one another and are forced to fight over access when medicines are rationed because of unaffordable costs. Some people even cross borders to get the treatment they need. Doctors complain that they are not free to prescribe what they deem best for their patients, again because of cost. At the same time, policy makers are designing and imposing rigid access restriction policies in order to ration the number of patients entitled to the most expensive treatments. If they don’t, the risk of bankruptcy is a clear and present danger, risking the very survival and sustainability of health care systems. Both ethically and politically speaking, this is unacceptable.

The issue in question goes well beyond the needs and specificities of a particular business sector. It is safe to say that the question of equitable access to medicines represents one of the greatest tests for cohesion and social justice.

Bold and brave action is now necessary. Let’s start by fixing the issues identified by Health Ministers in the groundbreaking June 2016 European Council Conclusions. The case of orphan drugs is a clear example of how incentives and rewards intended to incentivise genuine innovation are now abused for profit maximization. The push for further “orphanisation” of pharmaceutical regulation is a major danger. But the perverse incentives can be reversed. National governments have the power to send a clear signal to the European regulator to change course.

It is also time for a more critical look at the regulator itself. What is the relationship between the European Medicines Agency (EMA) and the pharmaceutical industry when 83% of the EMA’s funding is provided by those being regulated? Are there sufficient checks and balances in place to ensure that there is no link between funding and decision-making?

Increased public funding for medical R&D should be another key priority. In return, governments should have a final say in the price of drugs, attaching public interest conditions to the provision of public funds, which guarantee public return on public investment. Not forgetting, in doing so, that much pharmaceutical expenditure is already paid for by taxpayer-funded health services – policy-makers should make sure that we are not paying twice or three times over for our medicines.

No proposal should be considered taboo or off limits. Besides, the patent-based pharmaceutical “business as usual”, government-issued monopolies contributed to the access and innovation crises we face today. It is up to us, in our respective capacities, at European and national levels to set new rules of the game to ensure that our health is the real winner.