What can we expect for food, drink and agriculture policy in 2018? 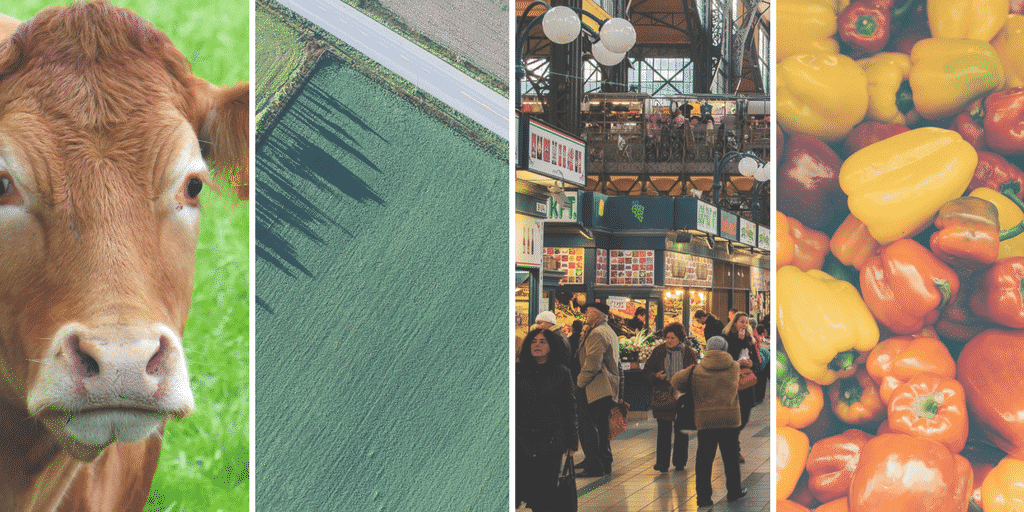 2017 brought some significant developments in food, drink and agriculture policy at the European level, and 2018 promises to be just as eventful. Below EPHA identifies five policy areas where further policy developments are anticipated:

1.CAP on the back foot

The legislative behemoth that is the Common Agricultural Policy continues to roll on this year. Following 2017’s consultation and communication, DG Agriculture is due to produce its legislative proposal in May. Public health, nutrition and antimicrobial resistance were all mentioned in the Commission’s December communication, the first time health issues have been directly addressed in European agricultural policy. The promise of concrete measures to better integrate health into the CAP is tantalising, and EPHA will be working to maximise this encouraging development.

The new CAP debate is particularly intriguing, coming in the context of the debate on the next Multiannual Financial Framework, for which the Commission is expected to make its proposal, also in May. The CAP is one of the areas under threat in budget discussions, due to the shortfall caused by Brexit, and the focus on “a budget for results.” This rhetoric puts agricultural stakeholders on the back foot, increasing policymakers’ openness to integrating sustainability and health concerns into the CAP

The European alcohol industry is due to reveal its joint proposal on how to include public health information (including on calories and ingredients) on labels by March. In 2017 the European Commission gave the industry 12 months to develop a self-regulatory proposal to cover the whole alcohol sector. Discussions have reportedly been characterised by divisions between the various industry associations. The beer sector favours a 100 millilitre measure but spirits manufacturers say this isn’t fair for their products, while wine producers insist that it is unreasonable to list all ingredients on each bottle, as the recipe for wine changes each time.

It should therefore be interesting to see what form the proposal takes in March, and the Commission’s reaction. Health Commissioner Andriukatis has warned that if the proposal proves unsatisfactory, the Commission will conduct “an impact assessment to review all the available options.”

The International Panel of Experts on Food Systems (IPES-Food for short) will bring together actors from across the food policy spectrum for its EU Food and Farming Forum on 29-30 May. Over the two days, participants will co-construct a ‘Sustainable Food Scoreboard’ through a collective intelligence exercise. The resulting scoreboard will address food systems challenges across multiple years, promoting transitional thinking and the alignment of different policies at different governance levels. The transition to sustainable food systems in Europe is the ultimate objective.

EPHA is leading the work group on “Delivering healthy and sustainable diets for all”, and together with partners will prepare an input paper for the forum.  It should be an extremely interesting and useful event for those seeking to build a truly sustainable food system that works for people and the planet.

Beyond the European Union, 2018 will also see the third United Nations High Level meeting on Non-Communicable Diseases . This meeting should finally galvanise political momentum for governments to put their NCD prevention declarations into action, and spur ambitious implementation of the WHO ‘Best Buys’. Will the EU also have high-level representation at the forum, or will it turn its back on one of the key challenges facing Europe’s citizens?

However, danger also looms from this opportunity. The recent Montevideo conference on NCDs offers a warning of the potential for corporate capture, as the text of the output document was significantly softened following industry interventions. It is vital that the same mistakes are not repeated. Binding regulation is required to ensure positive change on NCDs: there is no justification for endorsing self-regulation as a credible policy mechanism to deliver improvements in public health. This is especially true given the food industry is increasingly adopting the tactics of the tobacco industry to hinder, obstruct and prevent policies to promote better lives for all.

5. Food regulations on the rise in Europe

Soda taxes are spreading across Europe: Estonia, Ireland and the UK are due to implement them in 2018, following earlier efforts in Belgium, Portugal and Hungary. Portugal also plans a tax on salty snacks in 2018, while Finland, Estonia and Ireland will increase alcohol prices. Scotland’s long awaited minimum unit pricing will also come into effect this May.

Lastly, following France’s adoption of Nutriscore late in 2017, the time is ripe for simplified front-of-pack labelling. It will be exciting to see if other member states follow suit, and to closely watch the reaction of mainstream food industries, who have mounted a fight against national initiatives by presenting them as incompatible with the internal market. A quick look at the EU Treaties,[1] however, reveals that the Union’s core aim is to promote its citizens’ well-being, and not to maximise the speed and scale at which goods are shifted across its internal borders. Should EU policy-makers forget to put citizens first, they would do so at the peril of the European project.

Clearly, the developments in food, agriculture and health policy in 2018 promise opportunities to reshape our food system for the better, and  let’s hope the reality has lived up to the promise when we look back at 2018 this time next year.  In the meantime, subscribe to the new EPHA Food Feed to keep up with the latest policy developments, research highlights and opinion during the year.

[1] Article 3 (1) Treaty on European Union: The Union’s aim is to promote peace, its values and the well-being of its peoples.