Explaining the links between Commercial Determinants of Health and Chronic Diseases 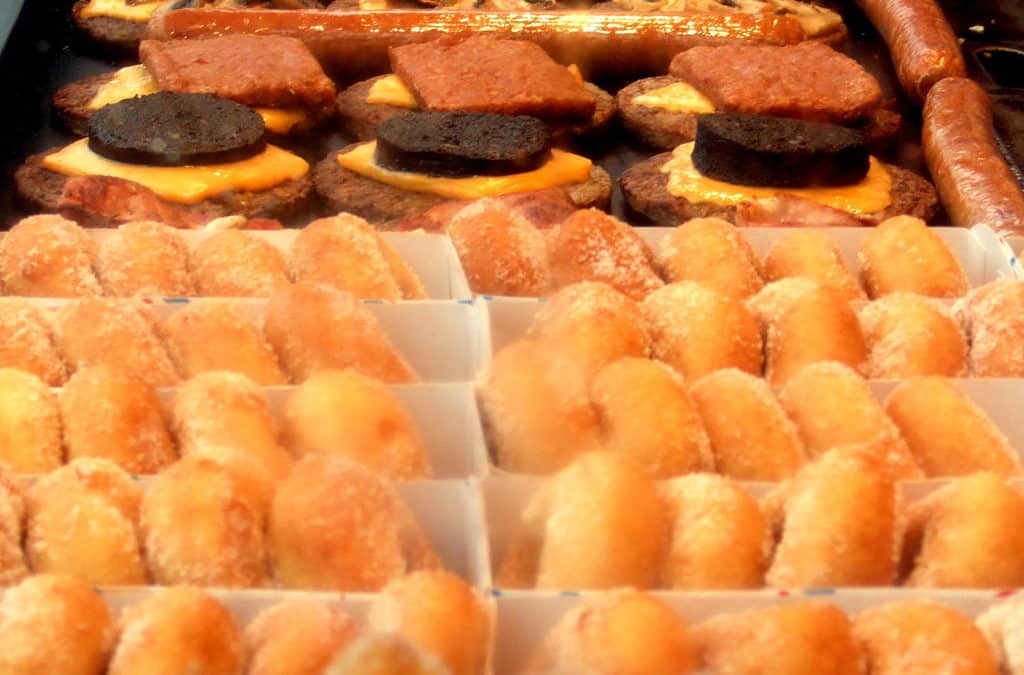 Selling tobacco, alcohol, and foods high in fat, salt and sugar (HFSS) is big business. Demand is booming, and with it, so are chronic, non-communicable diseases (NCDs). Unhealthy diet is the biggest risk factor for disability adjusted life years lost (DALYs) in the EU, principally through diabetes, cancer, and cardiovascular diseases, with tobacco and alcohol also contributing significantly to the growing burden of chronic diseases  on health services.

Of course, this is far from coincidental. The private sector has a number of strategies and approaches that it employs “to promote products and choices that are detrimental to health”, known collectively as commercial determinants of health, and highlighted in Professor Ilona Kichbusch’s ground-breaking approach. They include marketing, which enhances the desirability and acceptability of products; corporate social responsibility, which enhances the acceptability of the producers; and lobbying to impede public health legislation, promoting their own narrative of so-called consumer choice.

Marketing in all its forms is key to unhealthy commodities’ acceptability, and crucially, their appeal. In the context of rising childhood obesity, a recent report from Cancer Research UK highlighted that banning junk food advertising from all programmes shown before 9pm would more than halve children’s exposure to it. Continuing the theme, the European Consumer Organisation BEUC examined the use of cartoon characters to advertise food products, finding that from more than 100 instances, only one character was being used to promote fruit or vegetables.

Over 40 organisations, including EPHA, promoted 3 key actions to free Europe’s children and youth from health-harmful marketing, through the recent Audiovisual Media Services Directive (AVMSD). The statement called for mandatory measures to minimise exposure, regardless of whether children are explicitly targeted by the adverts. Unfortunately, the text now being discussed by the European Parliament and the Council proposes to ban junk food advertising only during children’s programmes, rather than during all programmes in children’s and adolescents typical viewing times.

Due to their extensive global supply chains and large profits corporations can – and do – exert considerable influence over political decisions, and have successfully impeded pro-health policies such as plain packaging, taxation and minimum pricing. EPHA has long sounded the alarm that the EU’s trade policy could give corporations yet another tool to challenge policies in the public interest; such as the Investor Court System included in CETA, the free trade agreement signed with Canada.

In parallel, recently there have been considerable efforts and resources deployed in Brussels to develop a counter-narrative to the imperative to improve public health. This narrative decries health-promoting policies as overbearing “nanny state” government meddling, and insists instead on the primacy of consumer choice, painting businesses as humble servants simply bowing to consumer demand, rather than playing a key role in shaping it.  However, their only interest in freedom is that to manipulate the “free choice” of children, and parents suffering from their considerable pester power, via aggressive marketing and pricing.

Commercial determinants of health will be central to the European Public Health Alliance 2017 Annual Conference (7th September at the Renaissance Hotel, Brussels). However, the conference will focus, not on revisiting the problems or on building solutions – since there are already a profusion of well-evidenced health policy recommendations – but on precisely how we all can work together to tackle commercial determinants, and unleash action to prevent chronic diseases. We hope to see you there.