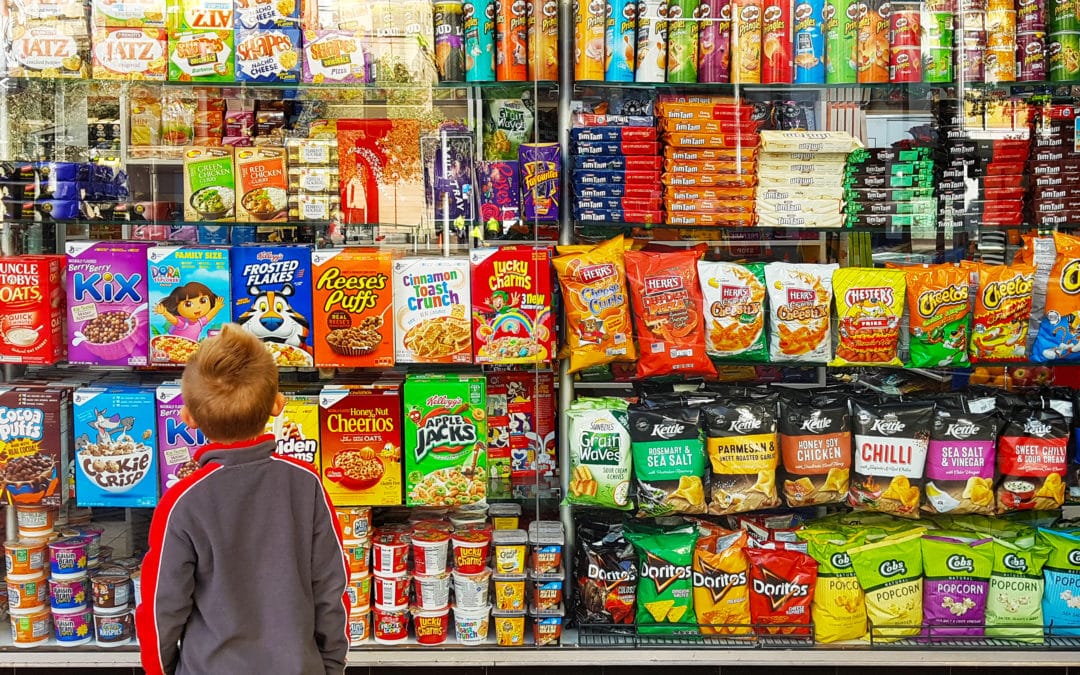 Climate change and predatory commercial practices are key threats to young people’s health, well-being and rights. The willingness, or not, to regulate health-harmful food marketing will define whether Europe’s elected representatives are serious about creating safe and empowering living environments for future generations.

The evidence is unequivocal; food marketing affects what children eat. Making young people crave for fast foods, soft drinks, and sugary snacks is not a by-product of marketing, it is the intention. Marketing is part-and-parcel of carefully designed business models.

While childhood overweight and obesity are rampant, children across the European Union (EU) see more than four ads for sugary, fatty and salty food on television each day. 85% of foods marketed to children in a sample of German supermarkets have been found to be unhealthy. From morning to evening, children’s lives are invaded through an arsenal of ever-more tailored and persuasive marketing techniques, abetted by the power of digital technologies.

Driven by a misplaced belief in the virtues of self-regulation, this situation has largely gone unchallenged. By now, libraries full of evidence bear witness to the failure of voluntary approaches. Even the EU’s chief scientists implore policy makers not to rely on voluntary commitments as main drivers of change. The EU Pledge, Europe’s main self-regulatory vehicle, has been aptly exposed as a shambolic initiative.

All in all, and despite several promising recent national initiatives, such as in the United Kingdom and Spain, European countries and the EU have so far failed to effectively and comprehensively tackle child exposure to unhealthy food marketing. This all the while the EU does have the power to legislate on cross-border issues affecting the internal market. This power should be used to support countries in mustering a joint response to this common problem.

The inconvenient truth is that, legally speaking, regulating marketing is not at all difficult. Only the willingness has been lacking so far. Fortunately, a glimpse of new resolve is now visible in the recently adopted European Parliament Own Initiative Report on the EU Farm to Fork Strategy. This report calls for “an effective and EU-wide regulatory approach to tackle the exposure of children and adolescents to advertising and marketing of processed foods high in fat, sugar and salt on broadcast and digital media”.

As an answer to this statement, a group of key European health, consumer, child and family organisations launched an initiative on 9 November with a call to action and a blueprint Directive to catalyse regulatory action. Regulating child marketing effectively involves several key steps: define as a ‘child’ any person below the age of 18; end nutritionally poor food marketing between 6am and 11pm on broadcast media; ban such marketing entirely on all forms of digital media; prohibit the use of marketing techniques appealing to children for the promotion of these foods, including on product packaging; and use the nutrient profile model especially developed for marketing by the World Health Organization to define what a ‘nutritionally poor foods’ is.

But beyond the epidemic of diet-related diseases, food is also deeply implicated in the climate and biodiversity crises. Climate change is the single biggest health threat facing humanity and is already gravely affecting people worldwide, undermining the life-chances of younger generations. Based on current policies, we are still on a path to a catastrophic 2.7C warming by end of century. The global food system is responsible for around a third of all anthropogenic greenhouse gas emissions. A recent report calculates a similar range for the food value chain’s contribution to total EU emissions, confirming earlier findings. Food consumption is also a key driver of biodiversity loss, both in Europe and worldwide.

Major co-benefits can be achieved for health, climate and environment from a shift to diets in Europe that are higher in plant-, and lower in animal-sourced and extensively processed foods. The solutions to child marketing are ready and should be applied without delay, directly contributing to the fulfilment of children’s rights. Drawing on what has been developed in the child marketing space, further thought and action are urgently needed to ensure that how food is marketed and promoted throughout our societies supports food environments that enable sustainable healthy diets for all – not detract from them.