Unhealthy Mercosur should not be ratified! 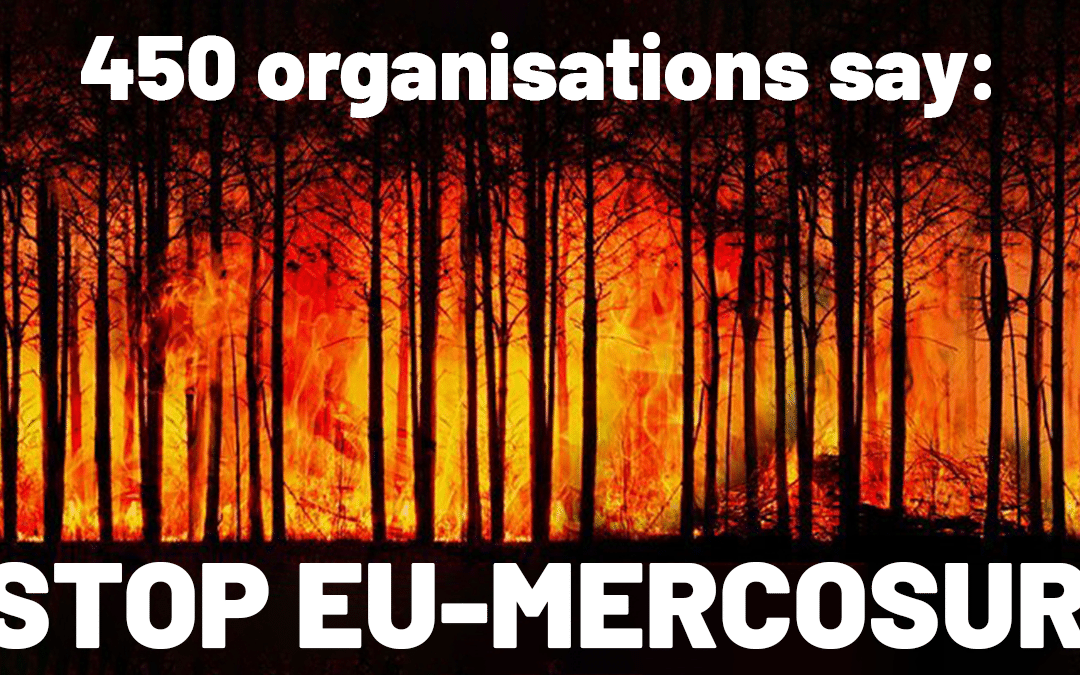 Calls grow to stop the agreement amid growing concerns in Europe and South America.

On 15 March, a coalition of more than 450 civil society organisations (CSOs) from both sides of the Atlantic held a press conference showing from various perspectives why the EU-Mercosur trade agreement is a bad deal for public health, people, workers, animals, and the environment. EPHA, who has demonstrated how the EU-MERCOSUR agreement undermines public health, analysing the various public health risks on its Unhealthy Mercosur website, has joined this transatlantic coalition.

On 28 June 2019, the EU and Mercosur announced the conclusion of an unprecedented free trade agreement after twenty years of negotiations. If implemented, the agreement will further fuel deforestation, violation of human rights and animal cruelty, thereby destroying livelihoods in both Europe and in South America, hurting family farms, workers and indigenous people. The agreement signals that human rights abuses linked to the supply chains implicated in the deal are acceptable.

For this reason, the coalition of CSOs calls on political leaders from the EU and Mercosur to stop the agreement. Sascha Marschang, Acting Secretary General at EPHA says: “The EU-Mercosur agreement blatantly disregards public health goals putting at potential risk EU health policies, undermining affordable access to medicines and aggravating the health harmful impact of commercial determinants of health.”

Following strong pressure from civil society several Member States – including Austria, France, Belgium and Luxembourg – and the European Parliament have expressed their concerns, and the ratification procedure is on hold. The European Commission is conducting discussions with Mercosur countries about “pre-ratification conditions”, which could possibly result in an additional protocol to the agreement. But the coalition argues that an additional protocol or a declaration would not solve the issues raised by the agreement as the text of the agreement would not change. The Trade and Sustainable Development (TSD) chapter, for instance, would remain aspirational and not enforceable.

“Our health cannot be sacrificed on the altar of increased trade. A major revision is needed taking into account health inequalities impacts and considering the inclusion of a public health chapter, addressing all major concerns identified” added Sascha Marschang.

Apart from the 9 main public health areas of concerns identified by EPHA’s risk register, deforestation also takes a toll on public health. As pointed out in the statement, supported by more than 450 organisations from the EU and Mercosur countries, for a viable future, a 21st century trade model must be coherent with public health policies, support rather than undermine efforts to create socially just and ecologically resilient societies based on the principles of solidarity, protection of human rights and our planetary boundaries. Therefore, the coalition asks political leaders to act accordingly and in the interest of the people, not profits, and stop the EU-Mercosur agreement.