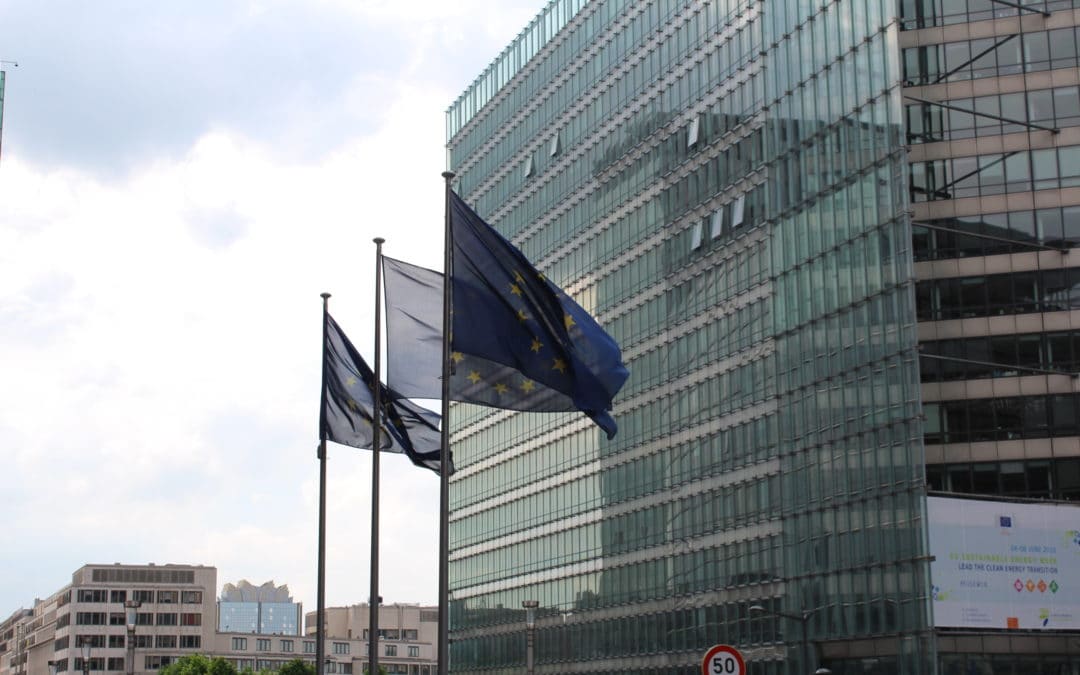 The Sustainable Development Goals (SDGs) are high on the EU agenda following  the recent adoption of  the reflection paper “Towards a Sustainable Europe by 2030 by the European Commission’s SDG multi-stakeholder platform chaired by Frans Timmermans. The paper, highlights in many ways, the link between sustainability and health.

However, at the same time  the first Vice-President has been chairing another group, the Task force on subsidiarity, proportionality and doing less more efficiently or more succinctly, the ’doing less Task force’, which did not identify  any area where EU competences should  be “re-patriated” to  national level. Indeed, several contributions to the Task force noted the complementary nature of the EU competence on health.

Against the background, therefore, and ahead of the Austrian EU Presidency conference in Bregenz on Subsidiarity and the upcoming Sibiu Summit in March 2019 on the future of Europe, it is worth looking at the achievements and challenges of European public health policy-making, asking what  other policies can ensure good governance for health and the added value of action at European level to these efforts.

What has the European Public Health Community achieved so far?

We can be proud of the progress made thanks to public health advocacy so far. Health was at first a single issue, focusing on European efforts against cancer, the EU’s remit rapidly expanding to address other, health-relevant topics as EU national governments saw the benefit of working together.  This was reflected in the Treaty of Maastricht establishing EU complementary competence on health systems and strong competences in other policies affecting health determinants, known as the Health in All Policies legal obligation.[1] This motivated a handful public health professionals to recognise the need for EU level health advocacy, resulting in the setting up of EPHA in 1993. Both the HIV/AIDS and diabetes advocacy campaigns offer good examples of how advocacy efforts including at global level from the ‘80s onwards have led to increased awareness of both issues. The adoption of the first legally binding international treaty on health, the World Health Organization Framework Convention on Tobacco Control (WHO FCTC) in 2003 and mainstreaming health in the Sustainable Development Goals in 2016 are more recent important milestones for health governance.

However, significant challenges remain in Europe. As we reach the end of the 2014-2019 EU political mandate it is fair to say that health has not been among the 10 key priorities of the outgoing Juncker Commission which has initiated no or limited action on health-relevant policy issues. It is often said that health is an investment in the future but Member States’ investment remains below 10% of national spending, despite the evidence about the return such investment can provide. And less than 3% of this spending is dedicated to health prevention and promotion. A revolutionary change in mindset is needed involving all sectors at different levels. Here are a few recommendations how.

Many international political declarations like the Alma Ata Declaration from 1978, the Ottawa Charter from 1986, the Adelaide Statement on Health in All Policies. from 2010 and the Helsinki Statement on Health in All Policies from 2013 are consistent on stressing that the main determining factors of good health outcomes lie outside of the health sector, therefore a multi-sectoral approach is a must. What can other policies do for health?

In the area of social policy, grassroots level organisations contribute to the health of citizens: street workers and voluntary organisations taking care of the homeless; Roma mediators visiting the settlements and facilitating access of those in need to essential public services; and charities offering free meals and basic goods for the most deprived contribute significantly to reducing health inequalities.

On environmental protection, mayors and cities are the gatekeepers of health: by committing to local policy initiatives aiming at improving air quality, the number one environmental determinant of health, for example, by banning polluting diesel cars from cities.

National taxes  have huge potential to protect  public health: non-harmonised taxes on high sugar, salt and fat products such as soft drinks, sweet and salty foodstuffs do result in reductions in  consumption of the taxed product, with clear  public health benefits.

Let’s not forget the relevance of research to generate more and better evidence to guide policy decisions. Significant efforts have been made at EU level with the establishment of the biggest research fund of the world, the European Horizon 2020 programme.

As International Trade is an exclusive competence of the EU,  it affects public health in a range of ways: influencing the availability of unhealthy products via tariff reduction,  cementing the current IP model affecting affordable access to human medicines and ultimately limiting the health policy space of both the EU and national governments.

The EU added value on health

These are just some individual examples of policies at grassroots, local, national, European and International level which have a strong potential to influence health prevention and promotion. But what can the EU do to contribute to these efforts? Is there a reinforcing potential of EU action?

The current initiative to bring together civil society organisations under the framework of the European Health Policy Platform can be beneficial to some extent, but clearly it is not enough and is below the EU’s full potential to strengthen civil society. Supporting local level organisations is a good way to strengthen the European project and harvest health benefits. Targeted funding and initiatives like the European Solidarity Corps can help to tackle health inequalities.

To complement cities’ efforts to clean dirty air,  ongoing EU level legislation to reduce  CO2 emissions can have a direct impact on the use of pollutant cars and reduce health harmful emissions.

The EU has many complementary options to support national level actions against the consumption of health-harmful products: stronger regulation on audiovisual media services, limiting  aggressive marketing of food high in salt, sugar and fat would be helpful. Likewise, both the European Parliament and EU national governments have called on  the EU to renew the EU Alcohol Strategy as well develop a new, more comprehensive European Framework Strategy to tackle chronic diseases – in vain.

The ongoing negotiations of the future EU budget, the so-called Multiannual Financial Framework (MFF 2021-2027) offers another opportunity for a coordinated approach to health governance. Many of the chapters in the draft proposals  are relevant for health: while the Commission made a specific proposal for a stand-alone ‘Health Strand’ within the European Social Fund Plus (ESF+) there are several other areas with which further synergies with health policy-making can and should be explored: the European Regional Development Fund, the Horizon Fund, the EU Cohesion Policy, Digital Europe, the InvestEU Fund, the Connecting Europe Facility, the Energy Aid Rescue, the Single Market programme, the Digital Single Market and the Common Agricultural Policy. Indeed, the current CAP reform presents the EU with a major opportunity to improve people’s health.

At international level, the recent UN High level meeting on NCDs still has the potential to re-establish the EU’s global health leadership if the outcomes of that meeting are used wisely.

Synergies with the European Region of the World Health Organization

EPHA is unique in the sense that it is a European alliance which also brings together public health organisations working in the broader WHO European region. As significant work is ongoing within the framework of WHO, further collaboration could be beneficial for population health.

WHO Europe has developed guidance on the added-value of civil society and how it can contribute to better health[2]. It has established the WHO Europe Healthy Cities Network which underpins cities’ efforts to make life healthier for their inhabitants. WHO Europe contributes to European initiatives such as the State of the Health in the EU report which can give advice on policies to promote  health outcomes.  At global level, WHO undertakes  many initiatives such as  facilitating the commitment of Heads of State to lead actions to tackle  noncommunicable diseases and promote measures to improve mental health, updating the WHO FCTC framework in order to reduce tobacco use or  monitoring the link between health and climate change.

How to ensure Health Sustainability for future generations?

These examples show that there are many initiatives and potentials where EU action can improve population health but the current approach is uncoordinated which result inefficiencies and inconsistencies. If there is no coherent approach to tackle the public health societal challenges, the growing burden of the Europe’s non communicable disease epidemic can undermine the sustainability of our society.

Therefore, a coordinated, strategic multi-sectoral approach is needed to ensure good health governance and health sustainability in order to tackle the common health challenges the European societies facing which would be necessary also to achieve the Sustainable Development Goals by 2030. As the key social, environmental, political, commercial and financial determinants of health can be best tackled at European level fully respecting the subsidiarity and proportionality principles, strong political guidance and leadership from the EU is needed: building on the outcomes of the SDG Multi-Stakeholder Platform and taking note of the results of  the ‘Doing Less’ Task Force, perhaps the next European Commission President should convene a ‘Doing More’ Task Force at the highest political level to show leadership and explore how Europe can do more for health!

[1] Article 3 TEU states that “the Union’s aim is to promote peace, its vales and the well-being of its people.” Article 168(1) TFEU requires that “A high level of human health protection shall be ensured in the definition and implementation of all Union policies and activities.” This ‘mainstreaming’ obligation can also be found in Article 114(3) TFEU, and has been further reinforced following the entry into force of the Lisbon Treaty, by Article 9 TFEU and Article 35 of the EU Charter.