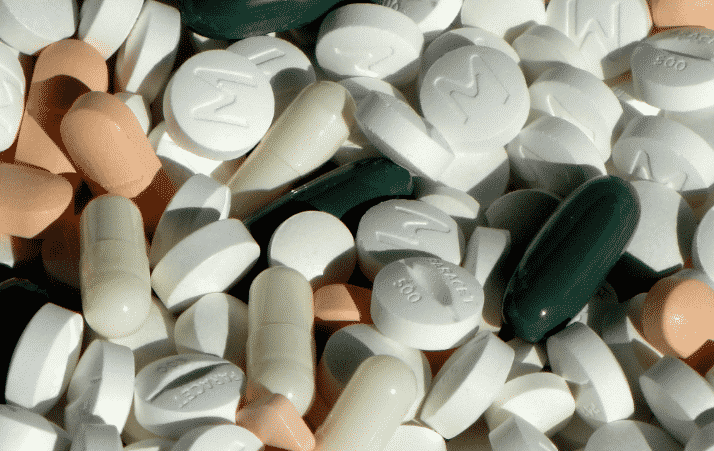 For pharmaceuticals in Europe, 2016 marked a turning point. For the first time, in a frank and comprehensive dialogue, all the problems and deficiencies of the current business model were finally brought centre stage and discussed at the highest political level. Tough questions were asked and manufacturers were forced to provide some real answers.

2017 seems promising as well. Here are the top 5 issues to look out for in the access to medicines debate in Europe in the coming 11 months:

1. The follow-up to the groundbreaking June 2016 Health Ministers’ Council Conclusions

Negotiating the final text was not easy and next steps will not be either. Patent-based monopolies and exclusivities are not only at the core of the innovation, access and affordability crises we face today but they also constitute the much-cherished foundation of the pharmaceutical business model.

As expected, the European Commission published the terms of reference (TOR) for the IP-related study mandated by Articles 46 & 47 of the Conclusions. Echoing the unprecedented critique of the additional forms of patent protection and the abuse of the incentives in the case of drugs created specifically to tackle rare diseases (orphan drugs), this study ticks all the boxes for what may turn out to be one of the most heavily lobbied files in the Brussels world. The TOR is detailed and extensive, quite a daunting task for the successful bidder undertaking the study. It remains to be seen how independent and unbiased the drafting process will be. The study is supposed to be handed back to the European Commission (DGs GROWTH & Santé) by late 2017 but delays should not be ruled out, nor a second study in 2018.

Why does it matter?
Depending on the robustness of the study and its findings, a critical review and possible scale back of the additional forms of patent protection (namely data & market exclusivities, supplementary protection certificates) might be triggered. It is worth remembering that while orphan drugs are among the most lucrative for the industry, they are the most unaffordable for patients and health systems across Europe. The fate of any findings of the study will be decided by the health Ministers in the Council during 2018 (if not later) and that will not be an easy discussion.

The Commission has to remain vigilant during the drafting process to ensure the balanced and transparent inclusion of all stakeholders. On the other hand, national health Ministers have to stick to what they signed off in June and not give in to the undoubtedly increasing pressure by the pharmaceutical industry which is uncomfortable with the discussion zooming in on the IP-related incentives. At the same time, 2017 is an election year in several important member states.

2. The future of Health Technology Assessment in Europe

A few years ago, HTA was rather irrelevant. Today, it is at the centre of the attention and one of the key battlegrounds in the access to medicines debate. Most significantly, it is the only area where there will most likely be a new Health-related legislative initiative under the Juncker Commission. The public consultation is finished and we have to wait until after summer 2017 to see what sort of proposal the European Commission will present. The timeline is tight with only two legislative Presidencies (Bulgaria and Austria) left ahead of the next European elections (in 2019). It is too early to assess the appetite of the national governments in the Council but (fierce?) opposition to change would not come as a surprise.

Why does it matter?
The discussion around HTA is integrally interconnected with all the other pieces of the access to medicines puzzle – namely the debate on value and outcomes measurement (promoted among others, by the pharmaceutical industry and its supporters), pricing and reimbursement decisions, the adaptive pathways school of thought, the role of the European Medicines Agency, the quality of our medicines, their genuine innovative value and the affordability challenge that all countries face. That is why it would be a mistake to consider HTA in a silo. Hence, it is crucial to safeguard and strengthen the role of HTA bodies so that they deliver on their top priority to improve the quality of health care. In doing so, the defence of their independence and integrity is of paramount importance. This is what EPHA thinks about the future of HTA in Europe.

3. The Adaptive Pathways school of thought and the medicines’ marketing authorization system in Europe

It is not a done deal. The concerns and problems remain. The much-anticipated December 8, 2016 workshop organised by the European Medicines Agency (EMA) and the European Commission shed some long-awaited light into the pilot, although such a public event should have taken place while the pilot was still ongoing. The workshop highlighted the many dissenting voices whose questions have not yet been answered. The constructive criticism articulated by numerous scientists, consumers, public health experts and others over the past two years has underlined valid and very legitimate concerns. Paradoxically, the EMA keeps coming back to those asking the questions with the same questions and no answers. It is surprising that although the regulator seems to have no answers to concerns it also acknowledges as valid, it nonetheless decides to go ahead with adaptive licensing, a flagship priority for the pharmaceutical industry. One would expect the EMA to come forward with its own recommendations, proposals and demands; not allow the pharmaceutical industry to shape the agenda.

Why does it matter?
Once again, adaptive pathways should not be viewed in isolation from the rest of the discussions happening in parallel. It lowers the bar for drug approvals, further orphanises pharmaceutical regulation and despite reassurances there is nothing new about it, lessons learned from this exercise will definitely feed into discussions for the possible review of the marketing authorization system in Europe with far-reaching economic and policy implications. The December 8 workshop was just the beginning of the discussion.

4. Intergovernmental/regional initiatives to tackle the issue of access to innovation

This is the new way of doing things in Europe when it comes to pharma. Ministers of like-minded member states are getting together, setting up various task forces and working groups to discuss how to tackle the issue of affordable access to genuine innovation. The collaboration between Belgium, the Netherlands, Luxembourg and Austria remains the most advanced example. Bulgaria and Romania try to work together but the political instability in both countries does not suggest remarkable results. The Mediterranean/Southern Europe initiative proved to be short-lived. It remains to be seen if the Visegrád countries under the leadership of Poland will manage to articulate an alternative approach to the one of the BENELUXA. Furthermore, it seems that pharma CEOs will keep talking directly to Health Ministers in the round table discussions set up by the Dutch government last May (second meeting on December 7 in Lisbon, third meeting on May 9 in Valetta). In line with this spirit of intergovernmentalism, the current Maltese Presidency will produce Council Conclusions on structured cooperation among member states.

Why does it matter?
These newly-born initiatives are testing the water to see how far national governments can go in exchanging sensitive information and working together in a field where such collaboration was unthinkable only a few years ago. Needless to mention that they are all indicative of the challenges, countries big and small face in light of the ever-increasing prices of new drugs. It is too early to say how successful or impactful they will be but it is certain that national politicians believe that the rules of the game need to change. Nevertheless, they are still experimenting with the various options and are looking for alternatives. The proliferation of these new fora is posing new challenges as they consolidate the secrecy that covers decision-making in pharmaceuticals. These discussions are shaping future policy developments with little or no possibility for democratic scrutiny of decisions taken behind closed doors. In addition, they contribute to further policy fragmentation. Meanwhile, the European Commission seems to be sidelined, let alone the European Parliament.

5. The European Medicines Agency, the big elephant in the room

The ongoing heated discussion around adaptive pathways highlights the controversial role of the top European regulator. It is high time we took a critical look at the EMA and its positioning on issues such as the future of HTA, the affordability discussion, the interface between the EMA and the industry, the role of the Innovative Medicines Initiative (IMI) and its links with the regulators, the role of scientific advice (early dialogue) to name a few.

Why does it matter?
It is a no-brainer that the EMA needs to work closely with the pharmaceutical industry but good fences make good neighbours. It is critical that its independence is safeguarded and strengthened. The industry’s interests are not necessarily aligned with the public interest and that should never be forgotten. The necessary Chinese walls should be in place otherwise regulatory capture is a clear and present danger. It is up to the regulator to foster trust which can only be accomplished by being transparent and forthcoming about its dealings with the powerful pharmaceutical industry.

Last but not least, in the coming months, we will see changes in the representation of the pharmaceutical companies in Brussels as well. Following the sudden departure of Richard Bergstrom in 2016, the European Federation of Pharmaceutical Industries and Associations (EFPIA) will have a new boss and a new President. It is certain that the intense public debate is stimulating heated discussions within the industry too. We will wait to see if there will be any noticeable changes in the style, tone and content of their message.